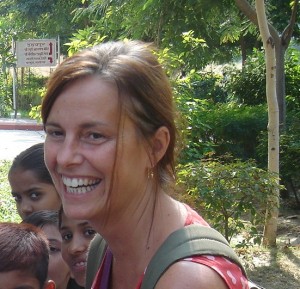 She is also one of the very first EVEsiennes to take full advantage of the inspiration and energy that our women’s leadership program gave her, by creating SNCF au féminin, the largest professional network for women in France…

This network is dedicated to the creation of careers for women within the company, but also intends to fully participate in the company’s business and in the movement for change to which the company is committed.

EVE blog: Hello Virginie, can you tell us about the origins of SNCF au féminin? 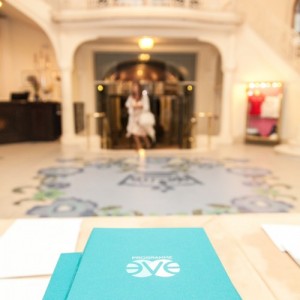 Virginie Abadie Dalle: I always say that SNCF au féminin is inspired by EVE. But it’s more than just that, I owe it all to them.

This is how it happened: In 2010, when the first edition of EVE came out, I was one of the delegation of fifteen women from SNCF who came to “check it out”. We certainly weren’t disappointed by what we saw in the seminar, which managed to approach a sensitive issue with just the right tone. This tone is a very important part of the EVE spirit, whose primary concern is about bringing people together. There are meetings between companies, that’s what it’s all about, but also meetings between people in the same company designed to give them the rare opportunity to get to know each other and to learn about each other outside their professional environment.

As the first EVEsiennes at SNCF, we found it to be a revelation: we realized that we didn’t know much about each other, although something we did have in common was that we worked for the same company, as well as having a lot of shared experiences and the same desire to bring women’s issues in our company to the fore.

We also just wanted to see each other again, to continue the EVE experience, and of course, to share this experience with other women. I didn’t want to let go of that magical moment. Straight away, making the most of this moment and how it made us feel: motivation, hope and the desire to change, I had to go to the SNCF and suggest that we do something to follow up our EVE experience.

EVE blog: So what ideas did you put forward to continue with EVE at the SNCF?

Virginie Abadie Dalle: My first idea was to start a leadership seminar for women at the SNCF based exactly on the EVE model, completely copied and pasted! I discussed it with Anne-Thévenet-Abitbol and Sylvie Bernard-Curie who immediately gave me their support: “Our purpose”, they told me, “is to put forward new ideas and to spread good practice in our partner companies to create a culture of equality as an important factor for our well-being and performance, so, if you want to copy EVE, then that is our first aim. Go!”

I was in the midst of preparing this “EVE copy” for the June 2011 edition, when I had a game-changing encounter with Véronique Morali, the woman who had founded TerraFemina a few years earlier (it has since become TFco), and who currently chairs the Women’s Forum. Véronique had a network vision of things: her experience as a businesswoman and as a woman in the media, her knowledge on women’s issues in a professional environments and her strong faith in the power of discussion as a way of provoking change, have allowed her to clearly define what exactly we need to help women progress. In our case, that means having the freedom to get together and share experiences, supporting each other and embracing our collective power so that we feel brave enough to broach issues and talk about them. That’s what a women’s network is, and that’s what Véronique advised me to create at SNCF.

EVE blog:How did this idea of creating a women’s network materialize?

Virginie Abadie Dalle: In September 2011, I got SNCF au féminin up and running at the SNCF headquarters. There were fifty women present; leaders and senior managers… and they were really motivated! I had absolutely no difficulty in finding at least twenty women who were ready to get involved in the network’s steering committee. We made sure that the committee represented the diversity of the various people, careers and regions within the group. We got to work straight away: we met up every fortnight to discuss what we wanted to do together, with whom, how, why, etc.

From January 2012 we were ready to officially launch the network at a big event at the Cirque d’Hiver in Paris. We sent invitations to 10,000 people. The event organizers in our group knew that if we got just a 10% return, it would be a success. Well, there were 2,400 women eager to join the network right from the get-go, and there was a restriction of 1,500 attendees at the Cirque d’Hiver. On that day, I was obviously a bit disappointed to have to leave 900 on the waiting list. But I also felt that what we were creating was responding to a real need, and that increased awareness of the issues was inevitable: women represent a considerable, essential and driving force within the SNCF.

EVE blog: Are you suggesting that, up to that point, this issue of the role of women was not being adequately addressed within the company?

Virginie Abadie Dalle: The management takes the issues of professional equality and diversity very seriously; in particular president Guillaume Pépy, who was, along with the executive committee, a big supporter of SNCF au féminin right from the beginning.

However, the issue of male/female equality is also a matter of collective mentality. It’s not the same thing to hear about women’s individual experiences of sexism (and we are sometimes unsure about calling it by its name), and to listen to a group of women who say that sexism in their company is unacceptable (something which questions everyone’s behavior).

The immediate success of the network meant that we could quickly and effectively deal with certain issues that required female employees to talk and take a stand.

EVE blog: Would you go as far as saying that SNCF au féminin is a sort of internal lobby?

Virginie Abadie Dalle: When we launched the network, there was some moaning here and there. “Lobbying” wasn’t mentioned. But we did hear some misogynistic wisecracks along the lines of “The SNCF Tupperware meeting”. Others spoke about freemasonry, which proves that there was some concern about the intentions of the network and the transparency of its objectives.

Though admittedly I ignored some of the more immature reactions, I did listen to the request to clarify the roles of the network and to make its actions clear and understandable. So, we defined it as an active and open community (which also welcomes men) that promotes both solidarity and expertise in order to encourage diversity in the company.

EVE blog: How exactly has this promotion of solidarity manifested itself?

Virginie Abadie Dalle: Since the start, our approach to solidarity has been demonstrated in the support for women’s professional development: these are sessions of speed-networking, coaching, mentoring, training workshops, and meetings with inspirational women from all over France, women who know how to motivate people and get them to follow in their footsteps.

In short, it’s everything that provides confidence, visibility, different perspectives and opportunities for the women in this company.

EVE blog: And what about the approach to expertise?

Virginie Abadie Dalle: SNCF au féminin has two objectives when it comes to our approach to expertise: share the advantages created by the network with the company, and make this network a legitimate point of contact that addresses all the issues within the company, not just those that affect women or equality, but also those that deal with work life, business, clients, services, equipment, stations, etc.

The members of SNCF au féminin have picked up on issues such as work-life balance and stereotypes, but also on issues like the office environment at work, absenteeism, passenger information or on-board catering services.

Lots of good ideas, some of which were immediately implemented, were put forward at an official presentation attended by the SNCF management board in 2013.

EVE blog: Can you give us some examples of significant initiatives in the company that are a result of SNCF au féminin?

Virginie Abadie Dalle: I can think of several examples of very good ideas that came from the network, which have materialized and which bring real benefits to the employees of the group as well as our clients.

For example, the group that looks at work-life balance suggested that we set up staff quarters on the ‘Transilien’ network. It’s a really important step in facilitating daily life for staff, with immediate results in decreased stress levels.

I could also talk about “emergency nannies”. This is about dealing with the specific problem faced by staff who are in charge of opening stations early in the morning, or closing them late at night. The ‘absenteeism’ group of SNCF au féminin went into partnership with the CAF (Family Allocations Office) and local councils to offer a child care service for these unusual shifts that is five times cheaper than a babysitter, and the possibility to hire a certified “emergency nanny” up to the evening before. This initiative allowed us to decrease the rate of absenteeism by 37% for a job that is an essential part of how the company operates.

The network has also brought forward a lot of ideas for the future of the TGV (high-speed train), a highly strategic project for SNCF.

For everything and anything that affects the life and the business of the company, it’s present and future organization; the women of the network have a lot to say, and a huge amount to give.

Virginie Abadie Dalle: This abundance of good ideas, this energy displayed with spectacular enthusiasm, really shows us that a policy of equality directly impacts the capacity for transformation and innovation within a company. Putting it another way: when you give a voice to women, they take the opportunity and they use it to everyone’s advantage. So, it’s in everyone’s interest to let women express themselves. The network has opened up discussion, and has also given a legitimate framework to those who are talented and who have taken the opportunity to recognize and appreciate these talents.

But I won’t deny that there are also some sources of frustration: when we ask someone’s opinion, they give an answer, and a carefully considered suggestion is made, which we know will work well, it is to be expected and quite logical that they will be implemented quite quickly. However, there are so many important suggestions on SNCF au féminin that the relevant services in the company, in reality, sometimes have difficulty absorbing the vast influx of innovative propositions and figuring out how to put them into practice. This means that we now have a big challenge:preparing and following through with the transformations that we create.

EVE blog: How do you plan on addressing this new challenge? 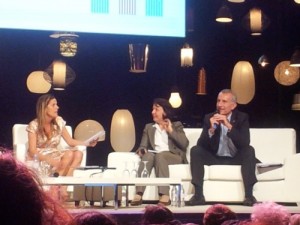 Virginie Abadie Dalle: I am actually right now in the middle of reorganizing the work process implemented by the SNCF au féminin expertise groups. From now on, these groups will include very frank “internal clients” whose services are likely to be affected by our propositions, and who will be decision-makers in their implementation.

This co-constructive approach of innovations spurred on by SNCF au féminin will allow us to enter into a new pragmatic phase for the actions of the network, one that is sensible and carefully planned, without dampening enthusiasm.

Anyway it’s too late to stop this network now, we can’t ask the women who are involved in it to turn back the clock. They want to take up their rightful place in the company, and they will do so, because they deserve it.

Interview by Marie Donzel for the EVE blog 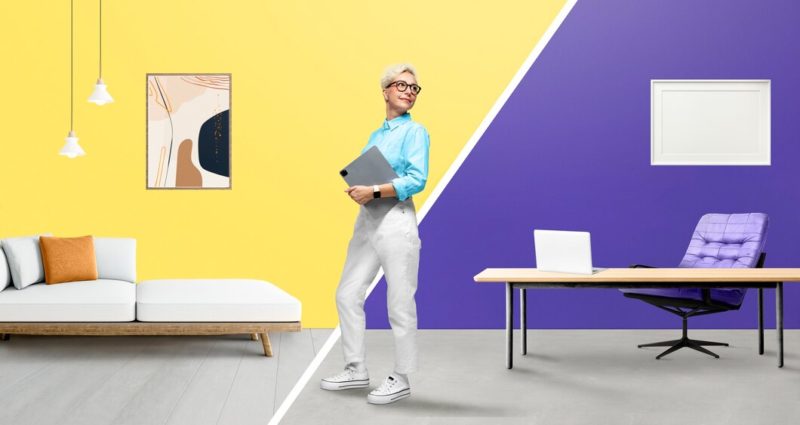