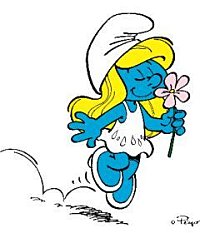 Everyone knows who Smurfette is, don’t they? She’s the bouncy and smiling blonde one who wears a lace dress with a flawless hat and teeters around on iridescent little pumps. She lives in the wonderful world of the Smurfs, where she was sent by Gargamel the evil wizard… to sow discord in the village of sweet little men!

Ouch! When the role given to the female character is to disrupt a perfectly established order, things start to get nasty!

But in 1991, when the essay writer Katha Pollitt attributed a opinion column to the little blue lady in the New York Times, it was not so much the role of mischief maker assigned to Smurfette that she was condemning. It was the fact that she was the only female representative in a world that is 100% male. Which means that, while each Smurf has the right to his own personality (Jokey, Vanity, Hefty, Greedy, Musician, Handy, etc.), the Smurfette character is completely empty and she is left with just one criterion to define her: her gender.

In her descriptions of this recurrence in cinema, particularly in animated features for children, of the imposed figure of the girl alone in a world of men, Pollitt and her followers noticed that, when there was only a single female character in an exclusively male community, this character tended to be represented in an ultra stereotypical way. The character displayed behavior that conforms to the most common perception (not to say the most caricatured) of femininity. She is Everywoman, and not just a woman among others. Both an object of curiosity (How exotic she is, that creature in a skirt! How refreshing! How pretty she looks!) and an excuse (No, it’s not just us, look, there’s a woman, even though we’re very happy about it!).

It is precisely to avoid this trap of the token woman (the one who is there to prove that no, no, no, we haven’t completely forgotten that women exist, we’ve actually got one here… Isn’t that something?!), that the defenders of quotas of women in management positions have taken over the idea of the Smurfette Syndrome: a single woman in a predominantly male world is not diversity, it’s a poster campaign! Not only that, it’s not enough of an action to talk about equality (or even diversity), but it could even get in the way of the sorts of changes that lead to genuine diversity.

For cultures and behaviors to change through the expression of varied opinions, diversity needs to come hand-in-hand with multiplicity: several woman on an executive committee means that those women are not there to fly the flag for femininity (or would feel obliged to renounce their femininity in order to assert their legitimacy to conform to the model of power as it is represented by the majority), but who have the chance to quite simply be themselves… To really take action!

Marie Donzel, for the EVE blog

The Smurfette Syndrome explained in pictures : 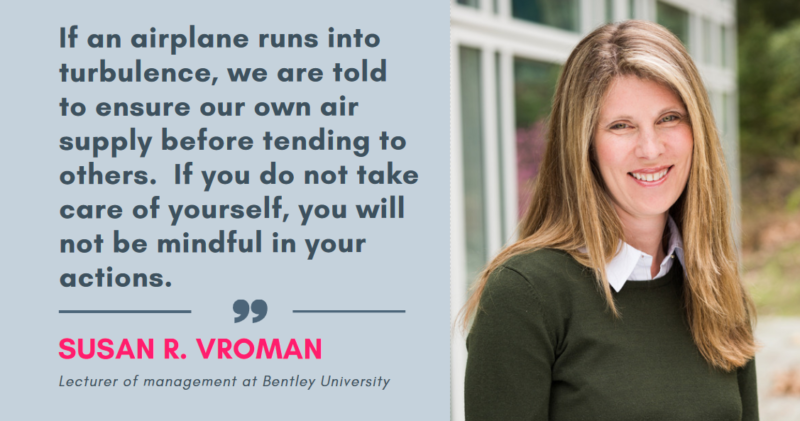 What are the critical leadership competencies needed in this time of crisis?