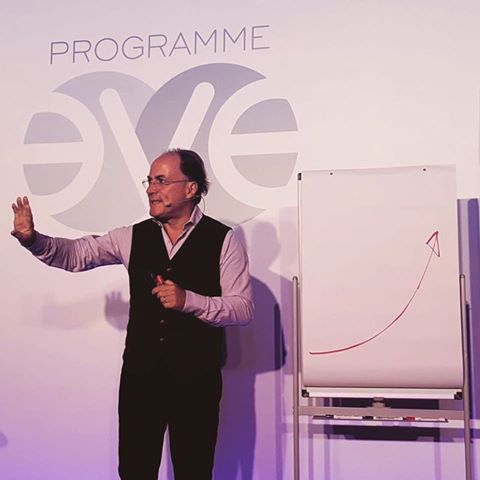 The third day of the EVE Asia Pacific seminar was incredibly intense! 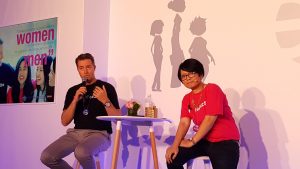 The plenary session opened with a presentation from the dynamic duo Veranita Yosephine, Sales Development Director at Danone Indonesia, and Ditmar Koster, who was recently appointed VP Integration and Value Creation at Danone for the Europe zone, after occupying the role of Managing Director for PT Nutricia Indonesia. The pair built up a mentor-mentee relationship based on unfaltering reciprocal trust and the constant and eternal desire to see each other move forward. During this experience, they gained the belief that together, women and men can motivate each other to make giant strides towards equality. 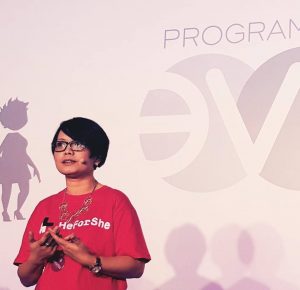 In terms of action, Veranita created the first HeForShe community at Danone on the one hand and in Indonesia on the other. Her tireless commitment to bringing visibility to the initiative gives her the momentum to make it a lever for concrete change in the company, and Danone awarded her First Prize in the Manifestories Award 2016 and a wonderful spotlight during the second anniversary of HeForShe just a few weeks ago. 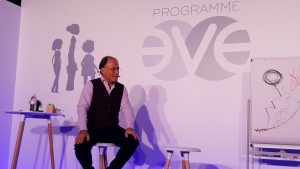 As is the EVE tradition, Thomas d’Ansembourg closed the seminar with a spectacular plenary session entitled “Stop being nice, start being real!” The international Non-Violent Communication expert invited each person to try and get to know themselves better and improve their self-respect in order to be more welcoming to others and make a more positive impact on their environment. Once again, he managed to delight the audience with his talents as a mischievous storyteller and his outstanding recipes to bring more meaning to our existence. 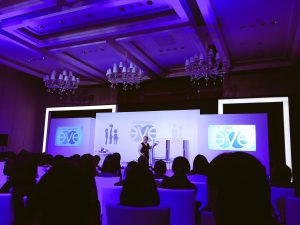 EVE Asia Pacific is now at an end… But really it’s just the beginning of the adventure for the hundred or so managers who attended the seminar and have now joined the 2,400-strong community of “change-makers” who each day strive to use their inspiring leadership to share the values of openness, respect, cooperation, commitment and daring that the EVE Program promotes throughout the year.

The EVE Program takes place over two weeks each year (one in Evian, one in Shanghai), as well as this webmagazine, that brings you content to deepen your reflection, give examples of best practices, and testimonies from inspiring people.

It is also an app for you to connect with EVE participants from all around the world, and help develop actions for change together. It is a YouTube channel to watch the presentations by the speakers and find out what the Program’s alumni have been doing since attending the Program.

Lastly, it is an active and permanent presence on social networks, Facebook, Twitter, LinkedIn, Instagram and Storify, to stay continually updated about the latest news from the EVE Program, and other news from the front line of professional equality, leadership and management, and the major economic and community challenges we face, today and tomorrow.