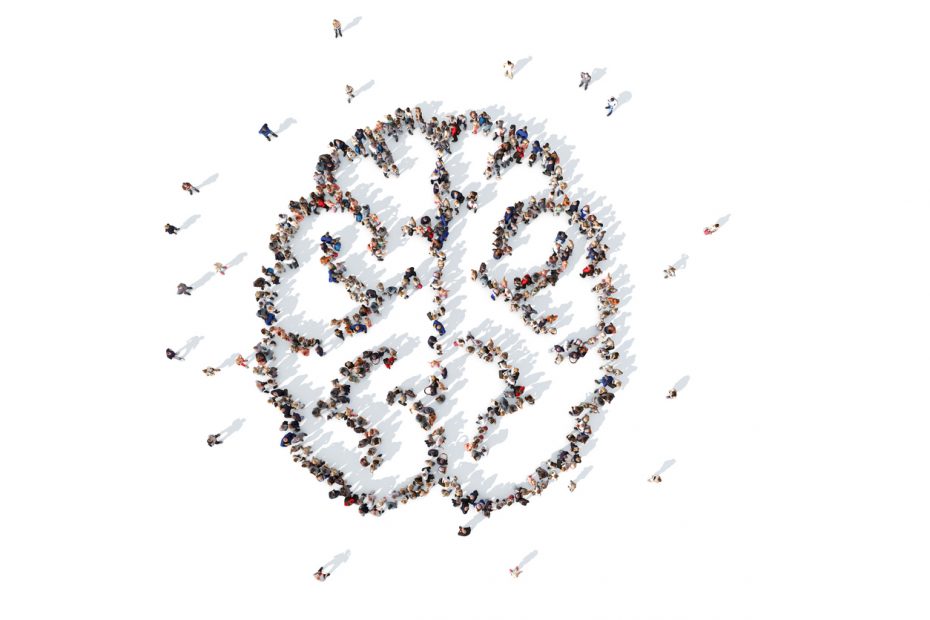 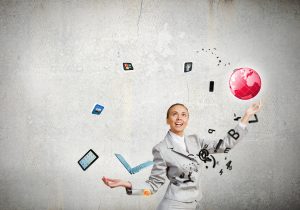 Agility is on-trend. In contemporary published works on organization and management, agility is the go-to term to describe the future of business. Leading organizations towards “agile” modes of operation is indeed an important objective in transformation processes.

Before the term becomes hackneyed like many a business word, EVE webmagazine set out on its usual path to investigate the key concepts of inclusive leadership and business, and asked: Where does this idea of ​​agility come from? What inspires it? How is it implemented? And how can it be evaluated? 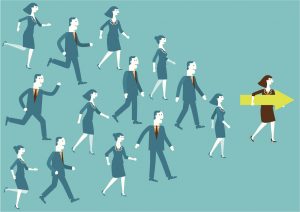 The word agility derives from the Latin word “ago”, which simply means taking action. There is a whole list of definitions for this term because “ago” actions include a series of notions: First, “ago” means “to advance”, then “push ahead, bring”. It is also “lead to”, “get out of”, “obtain results”, “behave in a certain way”, “take action”, “express through movement and speech”, and so on.

Ago is a movement of the self that drives the movement of others. So it would seem we’ve finally found a synonym for “leadership”. 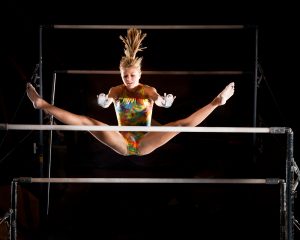 In everyday speech, the word agility calls to mind the movements of a gymnast who presents his or her routine on the beam or asymmetrical bars. Flexibility and precision, technical prowess and lightness, speed and tone, suppleness and spring, energy and grace, vivacity and skill, robustness and malleability, momentum and the ability to fall on your feet… all in a rather uncomfortable environment (gymnastics equipment is a far cry from a comfy sofa!).

All this is a metaphor for the expectations we have of individuals at work in the intricate context of a society in general and business in particular, in our twenty-first century world. 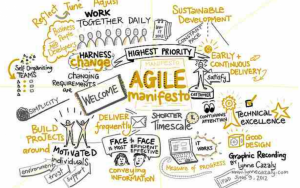 With the acceleration of digital transformation at the beginning of the twenty-first century, with computer systems beginning to produce effects faster than designers were able to intervene and tailor them, a small group of 17 software development specialists decided to come together to define a working method that would be adapted to the constraints of rapidly changing contexts. From this symposium stemmed the Agile Manifesto.

The text that was put forward presents 4 fundamental values:

These values ​​are divided into 12 principles, which include: giving priority to user satisfaction, cooperation between stakeholders, commitment by employees to key management concerns, the simplification of interpersonal dialogue, reducing non-qualities to the strict minimum (i.e. actions that do not justify a direct or indirect creation of value), putting questions to entire teams about how they should be working together, etc.

The “agile method”: iterate and increment 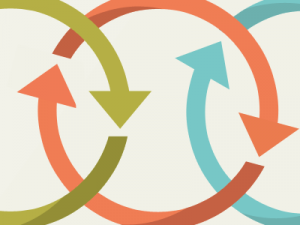 These values ​​and principles throw up a set of methods based on iterating and incrementing.

Iterating means splitting a project into cycles, and repeating the same actions. But isn’t that Neo-Taylorism? No, quite the opposite, because the agile approach assumes short (and not over a quarter of a century like Taylor’s) and numerous iterations, which must cover all the stages in a development. And most importantly, iterating gets in the way of incrementing.

Incrementing means adding value to an iteration loop. In layman’s terms, we could say that the iterate/increment method means testing things by repeating them to make sure they work well in practice, while regularly introducing new elements into the mix. If a software program breaks down at the slightest hurdle, it is simply not robust enough. If, on the other hand, the additional variable results in an increase in value creation, then the iteration cycle will be repeated by integrating it. Continuous innovation: nothing more nothing less! 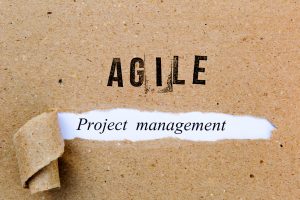 Driven by the problems of acceleration encountered by the IT sector, managerial science then had to cope with the socioeconomic changes brought about by this unprecedented velocity of context changes and was inspired by the agile way of thinking about the future of organizations.

Agile management is based on three main elements:

These three main themes define the new role of the manager/leader:

Expressing the power of collective intelligence 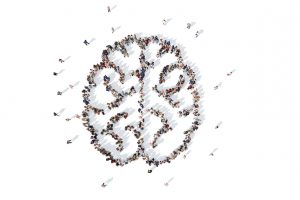 Collective intelligence doesn’t refer to the sum of a given community’s intelligence, but rather the operational intelligence of the group as a whole. It essentially addresses the group’s ability to integrate and the quality of its relationships. The leading author on this subject, Pierre Lévy, defines it as: “An intelligence that is scattered around us, constantly enhanced, coordinated in real time, and which results in an effective mobilization of skills”.

“An intelligence that is scattered around us” implies that the information is made available to all, and therefore impacts the work of the group. So omniscient managers who base their power on the retention or partial dissemination of information are on the way out. And leaders who circulate knowledge, ideas, and points of view, accepting that the world does not revolve around them, are on the way in. Their role is not only to coordinate the distribution of information but also and above all to guarantee the fluidity of those exchanges. This is what is meant by the “coordinated in real time” in Levy’s definition.

Collective intelligence must also be “constantly valued”. Where in the past, employees who shone individually were rewarded, those who produced remarkable performance in their own field of expertise, in their own scope, the future will mean we will have to value especially those who, without necessarily shining personally, contribute to the development of the group, by being factors for cohesion, relational fluidity, continuity in the commitment of each person… and that’s great news for the humble and those work in the shadows to make life easier for the group as a whole. The rules of the game are being turned on their head for those who prove their worth through a unique talent and/or those who demonstrate the skillful art of personal branding.

Let’s keep in mind that this is not about hiding individual talent because an “effective mobilization of skills” obviously covers the need not to deprive people of their skills or talent. It is quite simply the direction in which the expression of talent is facing that changes: where it was directed in traditional organizations towards the validating authority, in agile businesses talent is focused towards the participating community.

Promote the implementation of digital culture 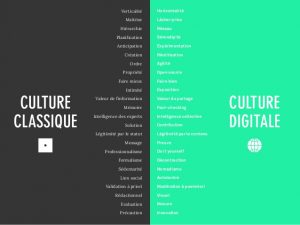 The second method for implementing agile management involves digital culture. Beyond the appropriation of tools and digital uses, it is about transmitting the values ​​of culture 3.0: the horizontal nature of relationships, serendipity and experimentation, open source, sharing, collaboration and solidarity, legitimacy through content, informalism and relaxation, autonomy and initiative, inspiration, porosity, responsiveness, the right to question, etc.

This is a big shake-up in management: we’ve had enough of the hierarchical authority that comes with status, the planning/validation/confirmation process is now over, it is now time to bring loyalties together to compete (loyalty from employees that is expected by his/her superior is combined with the loyalties the employer has to his/her personal values ​​and the values of the group), etc.

Leaders now play the role of orchestra conductor, yet do not hold a baton; they are obliged to inspire trust and to trust each performer, in turn, to play from their score in harmony with all the other players… 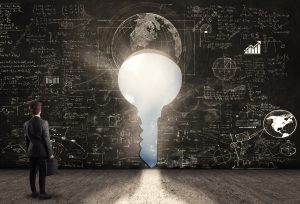 The agile enterprise is one that is able to adapt quickly and effectively to rapid and sometimes unpredictable context changes. It must therefore permanently reach a very high level of quality, be able to cope with any shocks in innovation and have grounding that is both strong and flexible enough (like plants that can resist bad weather by virtue of their powerful root system coupled with a incredible branch flexibility) to work diligently on the matter in hand.

This base is built first and foremost upon the ongoing learning of new and emerging skills. Learning everything all the time is most often the responsibility of training programs. eLearning brings advanced training courses to the masses through user-friendly content (interactive and self-driven modules, audio-visual aids, MOOC, apps, etc.), custom-made temporalities (you design your own training program depending on your skill-building needs and the constraints of your daily schedule), and community self-help platforms for the sharing of knowledge, experiences and practices.

Is the neo-dogma of agility under review?

As it radically shaking up traditional organizational systems that have shown their limits, the agile approach is appealing… and despite everything, it’s like a kind of utopia. And here is where the first negative aspect of agility rears its head. So far removed in some ways from the reality that is observed and experienced in today’s organizations, it could be perceived as a catalog of wishful thinking, conveying more fantasies (even creating cruel frustrations when the gap between announced intention and observed reality is too great) and have no effect.

According to the professor of strategy and organization Philippe Silberzahn, among these fantasies are a mythification of the “start-up” model focusing exclusively on the great success stories of the digital world and ignoring the mass of failures of agile experiences. In other words, while the most innovative companies that perform the best have been to able share agility, not all companies that try agility are successful when they turn their hand to innovation and growth. Some even suffer quite severely from their attempts…

Experts also say that it is easy to underestimate the importance of the time needed for change in general and the transition to agility in particular. Let’s go back to the gymnast: such flexibility and skill on apparatus can’t be acquired in a day, it is the result of long and arduous years of sometimes painful training, requiring specific attention and sports coaching to limit the risks of injury and exhaustion.

To take the criticism further, are we not doing the wrong thing by wanting to manage acceleration (developments) with acceleration (change)? Isn’t the primary need in a turbulent and uncertain environment to actually guarantee stability and sustainability? Without actually promoting conservatism, we can indeed consider the transformation of a company as the reorganization of its reassuring framework more than as the modular construction designed to follow (if not endure) the sometimes frenetic pace of our digital age.

Even more so in cases where while digitalization is welcomed with open arms, it also brings risks, which are the reasons for this fear of change. And that fear cannot shift from an injunction to agility when we know that resistance to change grows and strengthens itself more when it is stigmatized and brutalized. It’s also probably necessary to go through a preliminary phase of building trust in the organization before employees can be fully committed to the stimulating experience of agility.

Marie Donzel, for the EVE webmagazine
Translated into English by Ruth Simpson