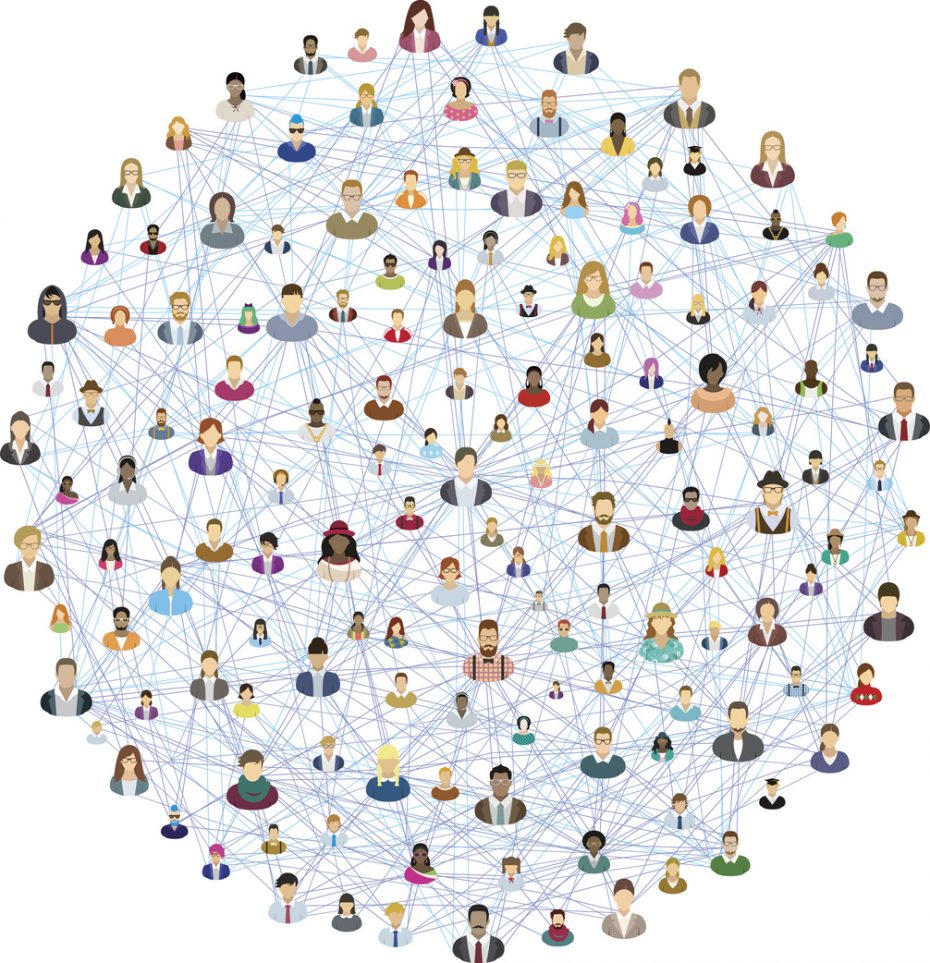 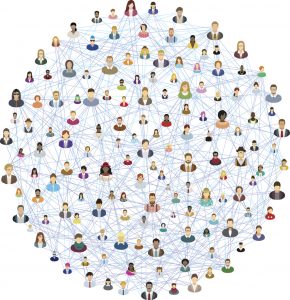 There are various ways to bring change into the organization and management of a business, and lead it towards new horizons. Holacracy is something rather particular, and merits special attention and a little caution.
Staying true to its usual practice of deciphering the key concepts of balanced leadership, the EVE webmagazine has investigated the issue, to find out what holacracy actually is, where it came from, how it can be established, and what its direct and indirect effects can be. 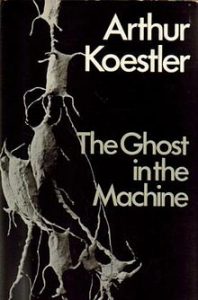 The notion of holacracy can be traced back to the theories of the 1960s that were developed by thinkers such as the British essayist Arthur Koestler. Koestler was passionate about the powers of the informal, experimentation and the hive mind of a group. He mentioned the term holarchy in his work entitled The ghost in the machine.

This title makes direct reference to the notion developed by behaviorist Gilbert Ryle in the 1940s: the “ghost in the machine” is the immaterial substance without which the mechanics of a body cannot function.

Ryle believes that this is actually “the mind”, as explained by Descartes, an entity that is not opposed to the body, but interdependent with it. They are not two separate identities in a state of tension or in search of reconciliation, but rather an organic and interdependent whole. 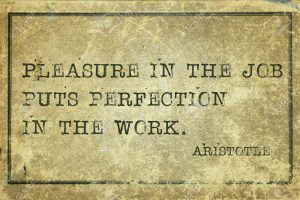 This idea of ​​“everything” is precisely the one that is found in the Greek root holos which has given the word holacracy. The organic approach to the individual and to the group (which is no more a duality than the body and the mind) stems logically from Greek. It can even be found in the cosmogonic vision of Aristotle: the founder of the idea of “quintessence”, believes that the congruence of the elements that make up the universe is made possible by the indispensable intervention of a superior “essence”, an “ether” that diffuses the soul of “everything”. 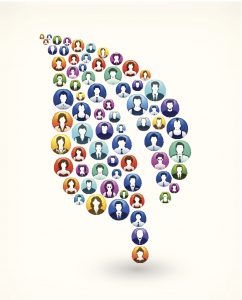 There are many sources of inspiration, but the main concept of holacracy is defined as an “ecological” organization system, whose rare resource is collective intelligence (a kind of group “quintessence”) and implements it in organizations that help to preserve it and liberate its value-creating power.

The organization is no longer seen as a framework for distributing the functions that a business requires, but as a living organism in and of itself. The first consequence is that the organization governs itself instead of being governed by individuals with statutory legitimacy to make decisions, orchestrate work, define and enforce processes, etc. The collective puts its ideas forward and makes decisions, including on its own ways of functioning.

How is it beneficial? 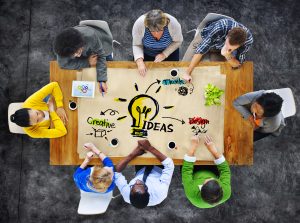 There are many benefits of this self-regulation of the group by the group, and all of them fall under the key challenge of agility: more creativity (minds feel empowered to express themselves), more responsiveness (when the right to act is no longer a person’s individual responsibility, but arises from each person’s intelligence in a given situation), more fluidity (bringing together several different points of view stimulates a dialogue that leads to more in-depth understanding of the subjects), more dynamics (the deverticalization of relationships frees up how we interact), more adaptability (the autonomy of the group can develop its own way of working as the environment changes), more development of the skills of others (when individuals are in a position to exercise their full potential, they reveal new potential) and the nurturing of an intrapreneurial spirit that encourages innovation.

In addition to these agility-related benefits, there are also the  expected effects in terms of well-being at work (the burden of the hierarchical relationship is lifted) and commitment (more participation means people feel more involved in projects), employer attractiveness (the promise of a flexible, empowering and stimulating everyday work experience can make a big difference on the talent market, the list goes on). 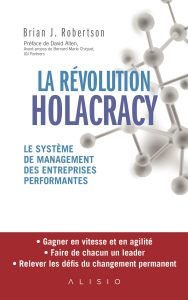 Deverticalization, autonomy, bringing value to initiative-taking, flexibility… So basically we can do whatever we want in holacracy? Almost, yes, as long as you follow the rules of the game. These rules have been laid out clearly by the entrepreneur Brian J. Robertson, author of the bestselling book Holacracy – The New Management System That Redefines Management, published in 2001.

In constitutional terms, Robertson describes the laws which apply to all the individuals in the holacratic universe, whatever their status or seniority. The hierarchy relinquishes all its powers of subordination to the Constitution. The first rule of the game is to decide upon the rules of the game together, so the collective writing of the Constitution is, in theory, the first holacratic act.

Nevertheless, to help the organizations that commit to the process accelerate its implementation, Robertson gives some methodological pointers in a second book, published in 2010. Statuses are a thing of the past, you should get straight onto assigning Roles, which are not attached to people but are actually part of the collective decision to entrust a “load” to a designated individual for a given time and in a given situation, with a defined mission. The “Person in Charge of the Role” is tasked with “processing” the “tension” and the “responsibilities” (duties towards the collective and the project). In other words, their position primarily requires them to preserve the holacratic ecology. It follows then, that they work together to craft the “Project Process”, which is responsible for “directing Attention and Resources and piloting the Actions to be Taken”; in short, moving the project forward! The Constitution also identifies “Circles”, which are places where “Links” are made, ideas and points of view are expressed and decisions are made.

It’s possible to read Robertson’s prose verbatim for a higher level of detail, but let’s start by saying that holacracy has absolutely nothing to do with anarchy and that, on the contrary, it is an extremely subtle organization model requiring a great deal of discipline. 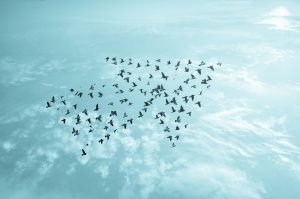 It’s now perfectly understood, the manager is no more: he or she has disappeared, leaving in their place the “Person in Charge of the Role”, who actually has functions that are similar to the definition of a manager. But without the authority that it used to entail. There is no point in trying to convert the stripes you have earned in a traditional context if you’re looking to pre-empt those “People in Charge of Roles” and even less point in hoping that you’ll be able to become a “small manager” through this system.

Because the qualities needed for a “Person in Charge of the Role” are completely different from those of a bossy boss: they need to have well-established soft skills such as humility, the ability to take an objective look at yourself, knowing how to question your actions, the art of leading beyond your own visibility, a charisma that is influential but with no inflated ego, emotional and relational intelligence, empathy and the ability to adapt to people and situations, and above all, open-mindedness in spades! In short, balanced and inspiring leadership.

Does that really exist? 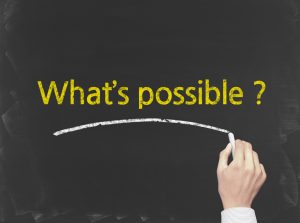 On paper, the proposal is highly appealing. Apart from those who have an unquenchable thirst to be in control, without sharing, and those who only aspire to positions of responsibility to take a cynical enjoyment in belittling others, who wouldn’t find the holacratic model attractive? But in practice, are we really able to get rid of the weighty and debilitating aspects of our old organizational patterns (pressure, tension, frustration, etc.) as well as the reassuring (fixed rules), or even advantageous elements (you realize that some aspects of being a manager in a vertical organization are really not so bad when it’s time to give them up)?

More and more business experiences demonstrate the feasibility of a deverticalized organization project. During the interview with Claude Philoche, Head of Business Innovation & Oversight in Engie’s Global Energy Management unit, we give you insight into the experience led by the French energy giant. There are also examples given from Gore Tex, Antonutti Delmas in the transport sector, some Castorama teams, and the online brand Zappos, and others.

So what feedback is there from companies which have tried it? 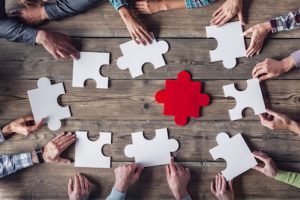 Organizations that move to holacracy, either globally or in experimental pilot mode, comment on the benefits of the experience in terms of adapting work to the reality on the ground, accelerating transformation, the emergence of hidden talents and a resurgence in the ability to innovate among individuals and as a team… 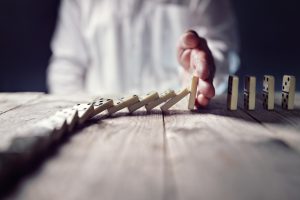 Some experiences were so beneficial that they had to be abandoned, because they were too successful too quickly. Indeed, the transition from a traditional model to an alternative organization raises the issue of pace. The very reasoning behind holacracy carries with it a powerful change accelerator, which can upset, or even antagonize those who have found their place in a context that works with alternative game rules and have difficulty heading down a different path. When holacratic experiences are discontinued, it is often due to rising fears and resistance.

Other experiences have come up against perverse phenomena, where traditional codes have infiltrated into a holacratic organization: for example, “People in Charge of Roles” have actually been seen to have increased influence and authority because their former manager’s aura has remained in addition to their new responsibilities, and the risk there is a downward spiral into autocracy.
Observers who criticize holacracy point the finger at the psychosocial risks that are brought about by a loss of benchmarks and an accountability that is too burdensome and can lead to over-commitment.

A step towards transformation rather than a method to be implemented 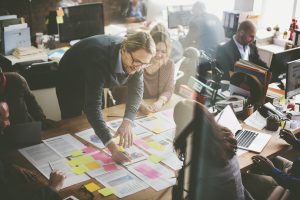 All the critics of holacracy, however, reach the same conclusions: Robertson’s method does have its limits (because of how complex it is to implement and its very liberal inspiration which leaves little room for individual vulnerability), but the approach it stems from is a step in the right direction. And that approach is transforming structures and codes through shared questioning about structures and codes and by opening up possibilities that can enable everyone to assert their own individual potential.

As far as questioning is concerned, the target audience is mainly managers, who are invited to rethink their legitimacy and their contribution to the collective. One of the major challenges for managers is to inspire confidence to keep teams focused, while staying true to promises of a more flexible, fluid and  inclusive working environment .

Within an organization that is open to diversity and able to identify, value and develop employees’ multiple skills, a leader is able to build a working environment filled with meaning where employees are fully invested and foster the collective energy that is required for pain-free change and value-creating innovation.

Marie Donzel, for the EVE webmagazine
Translated into English by Ruth Simpson

Dare to Lead Like a Girl by Dalia Feldheim