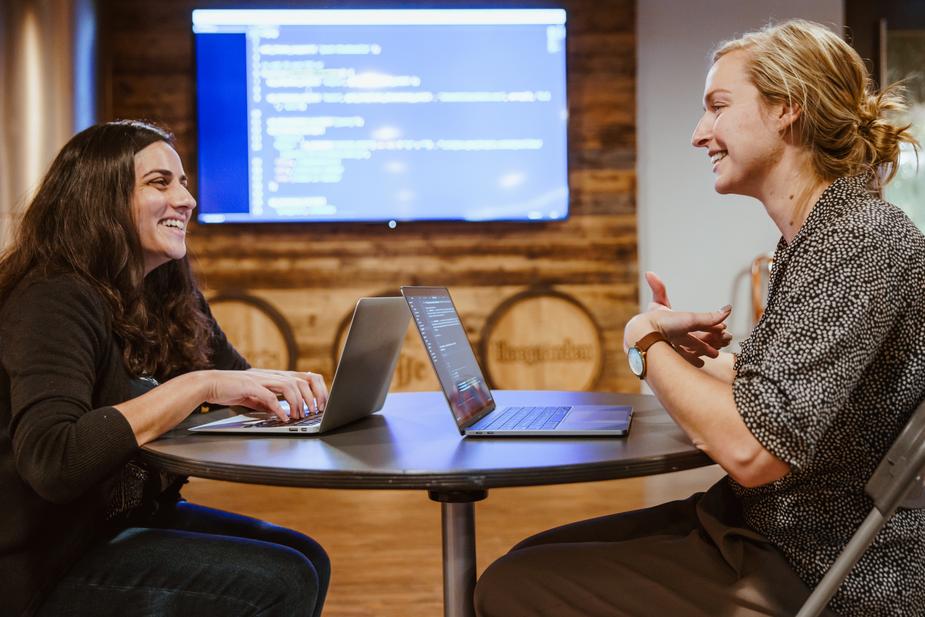 It is now stating the obvious to say that digital transformation is a cultural revolution that impacts everything we do: how we organize, produce, distribute, communicate, etc. as well as how it affects our behavior, points of view, perceptions and projections, lifestyle, attitudes, and so on. But how is this historic transformation affecting the status of women at work, their economic empowerment and their leadership? The EVE webmagazine takes a look.

As a source of much new activity, including business initiatives (starting a business of your own or an intrapreneurial project), digital transformation opens up many different career paths.

By cutting out layers and deverticalizing organizations, digital culture offers the means if not to shatter the glass ceiling, then at least to work around it. When the top of the pyramid is no longer your goal, nobody applies the brakes!

Tools for easier organization at work 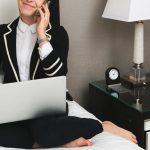 In addition, digital tools partly free up face to face encounters, which are known to penalize women in the workplace, since most women still carry the time-consuming majority of domestic and parental responsibilities. Nobody can be at home and at work at the same time, except when professional space and time can be organized to fit your lifestyle.

Even though organization might be less of a headache, the issue of women’s double day, or “second shift” is still not resolved… Nor is the problem of the mental load (especially if the apps deemed to simplify family life – activity schedules, babysitting agency, e-shopping list etc. – are mainly on the mother’s smartphone!) 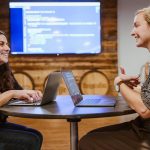 Lastly, the social culture of the web is inherently one of networking. It is in a position to respond to the problem of women’s lack of access to infor

mation on opportunities and relationships that are useful for making progress in business. However, the IPSOS/BCG/HEC au féminin study revealed in 2015 that online social networks do not perform the same functions as traditional professional networks and that women actually use them more for personal rather than professional purposes.

A ratio of job creation/elimination that is unfavorable to women

Digital transformation is creating new opportunities, new activities, and new businesses. But as with any major technological step forward, it goes hand-in-hand with the erosion of jobs and the disappearance of certain professions. IMF forecasters in a 2016 report entitled The Future of Jobs, predict that there are three to five jobs destroyed in the traditional economy for one job created in the field of “new business”. According to the same study, the employment structure which is slated to disappear (low value-added operational tasks are most likely to be replaced by robotic interventions), threatens the female labor force more than the male. And the authors do not simply point out the effects on women’s employment for those currently on the labor market, they are also concerned about the risk of “massive opportunity losses” for future generations of women if the world of tech training remains so male-dominated.

Several recent studies (GenderScan, Social Builder, etc.) do indeed highlight a worrying lack of women in scientific training which would prepare them to work in digital professions. And that’s not all, less than 20% of trainees in tech (and for some courses it’s no more than 5%) are women, and what is more, they come into the sector later, and when they finally graduate, they veer towards “support” positions for the traditional economy (marketing/communication, HR, finance) despite working in the new technologies sector.

As a result, women earn less money than men: the KPMG/StartHer barometer from 2017 put amounts raised by startuppers who go to companies that are founded/led by women at 7%. This low figure is primarily due to lower funding requirements (when launching an online service application, there is less need for money than when developing a robotic product that requires rare components) without excluding discrimination phenomena: a study by Columbia University researchers from New York and Pennsylvania shows that investors do not ask the same questions to women with startups as they do to men with startups. Investors tend to put pressure on men to earn well, as well as asking questions about the potential of their project, while sending women the message that they shouldn’t fail, by focusing on the guarantees that they expect from them. Universities have shown that the chances of obtaining financing of equivalent amounts vary fivefold depending on the gender of the project leader!

Digital transformation: an opportunity for women’s empowerment and leadership, but it won’t happen by magic!

All told, it appears that digital transformation might be a great opportunity for women’s empowerment and leadership. As with any major change in the economy and society, it is an opportunity to do away with blueprints for roles, relationships, legitimacy, appreciation of value, and so on.

However, achieving this transformation in a context which doesn’t currently benefit women is not enough to rebalance inequality.  The new world is built on the old world and without policies based on voluntary action to instigate social and societal progress in technological and economic transformations, it is likely that our digital society will be just as unequal as the societies that were created in the wake of the first, second and third industrial revolutions. Actions to stimulate women’s empowerment in scientific and technical fields, to encourage the ambition of entrepreneuring women and to watch out for the unconscious bias that infuses archaic stereotypes are now more important than ever.

Marie Donzel, for the EVE webmagazine

Translated into English by Ruth Simpson