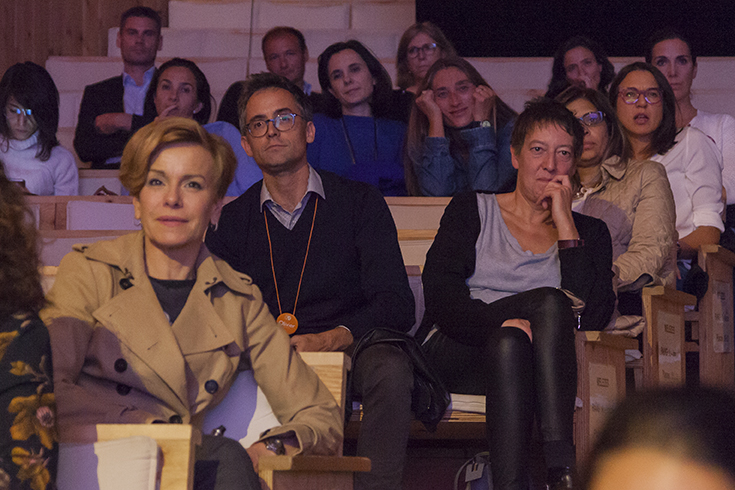 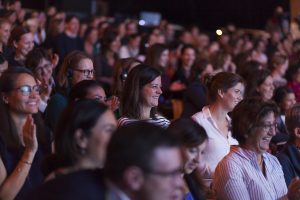 As the 9th edition of the EVE International seminar to be held in Evian from October 2 to 4, 2018 draws closer, we’d like to invite you to (re)discover this balanced leadership program through 5 key figures which sum up its approach and ambition.

The first EVE event took place in 2010 in Evian, and there has been an Asia-Pacific edition since 2014. Its African edition was launched in December 2017 and it will soon be making its way to the United States. This internationalization of EVE is driven by its intention to build and share a universal culture of balanced leadership while adapting how change happens, depending on various regional contexts.

A community of 3,500 enlightened managers and directors

Every year, EVE International brings together 350 managers and directors. The EVE Asia Pacific and EVE Africa editions each host 150 participants. In total, the EVE community now encompasses 3,500 managers and directors who have been trained in balanced leadership and have the ability to transform the culture and practices of their companies. 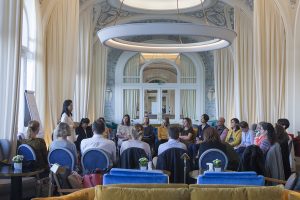 EVE is an intercompany program because by bringing together and contrasting points of view, change can emerge, and by sharing “best & next practices”, it can be amplified.

7 companies, who have been committed to the program for several years, form the pool of official partners, represented by the Wise Committee: Caisse des Dépôts, Crédit Agricole S.A., Danone, KPMG, L’Oréal, Orange and SNCF. Each of these companies sends at least 30 participants to each edition of EVE International.

The sponsor companies, (Accor, Kering, BNP Paribas, Carrefour, Alix Partners and Axa) send at least 10 employees to the event. Around a dozen other companies are represented at EVE by ambassador teams made up of one to five people.

Eve is a women’s leadership seminar that includes men in reflection, discussion, and actions to improve how responsibilities are shared. Each participating company commits to sending between 20% and 25% of men to the seminar. Yes, we do use a specific quota… And the percentage wasn’t a random choice: 1 in 5 is the proportion of women in senior management roles within large companies globally. Inverting the situation just for a seminar gives men the chance to experience what it’s like to be in the minority, to better understand the inclusion issues that women encounter in their daily professional lives.