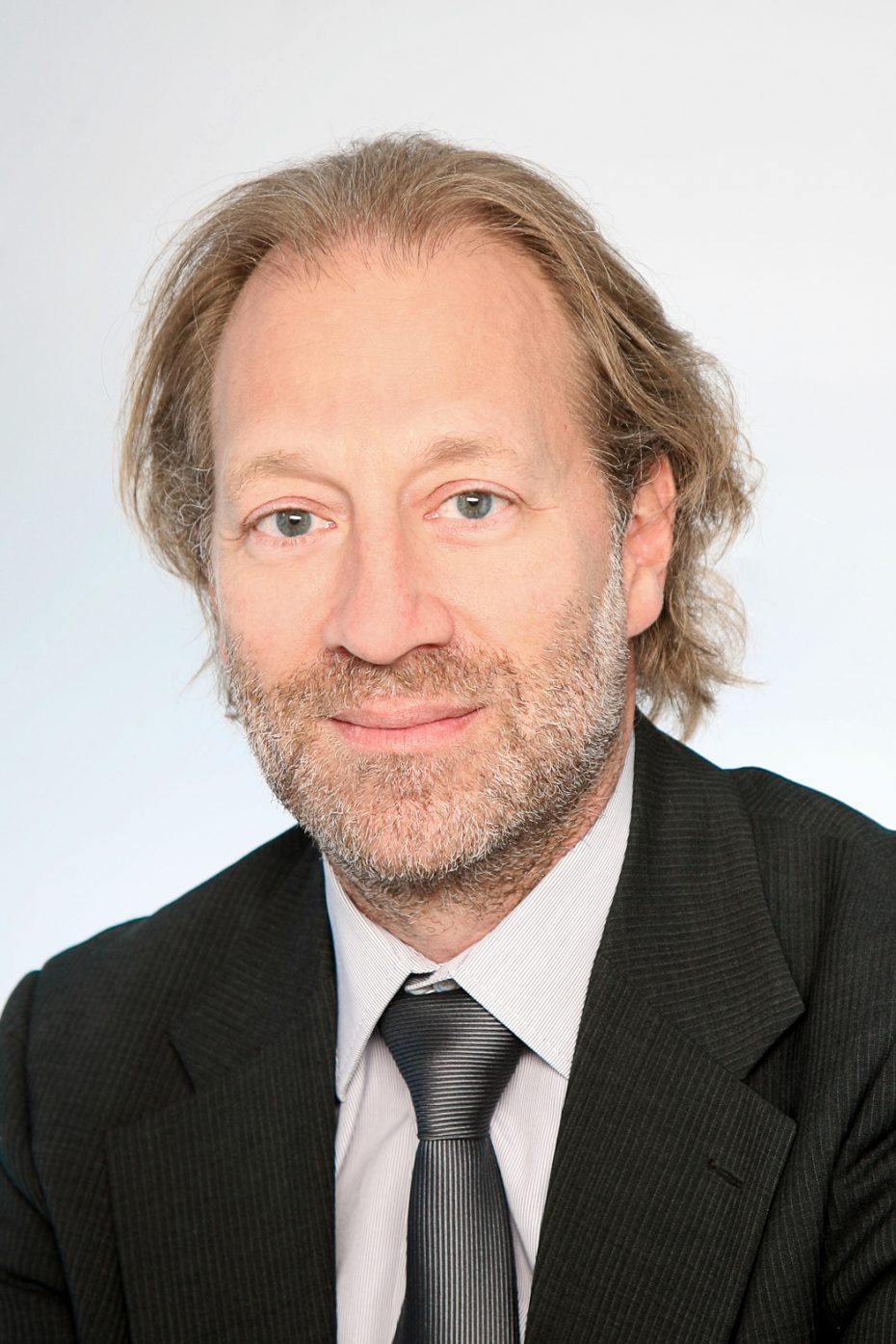 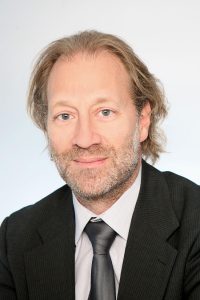 As a partner of the EVE Program, L’Oréal is one of the major international groups most committed to promoting professional equality and women in leadership. L’Oréal didn’t wait for “diversity management” to become fashionable to post record figures for salary parity and attributing management positions to men and women in equal measure. L’Oréal has long considered that diversity in human resources is a strategic lever for performance and growth.

To talk about this, we met with Jean-Claude Le Grand, Director of International HR Development and Corporate Diversity Director at L’Oréal.

EVE Program : Hello, Jean-Claude Le Grand. You are director of International HR Development at L’Oréal and you are recognized as being one of the most committed people in the corporate world to questions of diversity and professional equality. 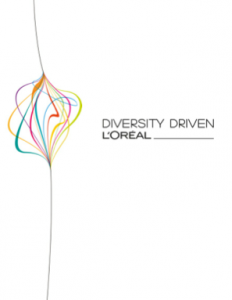 Jean-Claude Le Grand : At L’Oréal, we have indeed been committed to fighting all forms of discrimination at work and promoting diversity for over ten years now. We have long shared the belief that companies are more effective when they are mixed and diverse.

At the beginning of the millennium, no-one was interested in this issue. Today, it’s a very fashionable management idea and everyone is thinking about it. That’s great and it was about time! Now we have to go beyond that trend and make it something truly natural. Because diversity isn’t a revolution, it’s making business reflect reality! Also we’re going to have to separate the question of women from that of diversity. Gender issues have nothing to do with diversity : women are not a minority!

EVE Program : At L’Oréal, women are indeed far from being in a minority…

Jean-Claude Le Grand : There are a lot of women but the most important thing is that they are present across the whole organization, at all levels of management. Let me give you a few figures to illustrate this : we have 70,000 staff across the world; out of these 70,000, we have identified 700 key positions for the group’s strategic development and of these positions, 43% are held by women. Our aim is for there to be 50% of women in these positions over the next two years. Salary parity is also the rule at L’Oréal and on this point we have the smallest salary gap (4%) between men and women of all French companies, which the INED considers insignificant.

EVE Program : Is that the result of a determined policy effort ? 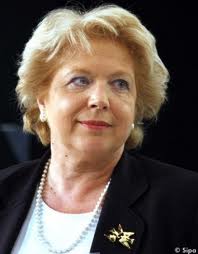 Jean-Claude Le Grand : People have to force themselves a bit to change things. Changing habits involves some effort at the beginning, even if you’re satisfied with the result in the end, and you wonder why you didn’t take the right action sooner. As an example of this point, I’m thinking about the Copé-Zimmermann law which brought in quotas for women board members and which isn’t a bad initiative.

Like everyone else, I would prefer to believe that forcing things isn’t the solution, that changes in culture shouldn’t be decreed. But you have to admit that forcing things does help a little. It allows you to make the first step and stop saying, “Well I’d like to but I just can’t” or “let’s wait and see”. In any case I’d like to really underline that the issue of equality and women in leadership is not just about having women on the boards of companies. The board is one part of the system but it’s not the only one. Creating diversity in management and in the way business operates – as we do – is at least as important and that’s what really makes cultures shift.

EVE Program : What do you do exactly to make this ambition of equality and diversity a reality in the L’Oréal group?

Jean-Claude Le Grand : We use several levers. The simplest is to act on recruitment. But that’s not enough : once we’ve recruited in a balanced way we have to focus on career progression. We make sure that promotions are done equitably and we pay special attention to the promotion of women returning from maternity leave. We also give our managers the same opportunities to progress. For example, at L’Oréal, expatriation is a key step in a manager’s career path. Expatriation used to be a simple issue for an HR director : we offered foreign postings to men, most of the talk would be about salary conditions and the guy would go home and announce the good news: “Pack our bags, darling, we’re off to Jakarta”. When you make the same offer to a woman, it’s more like “Hold on, are there places at the French lycée for the children? And my partner’s job is here, am I going to ask him to drop everything?” 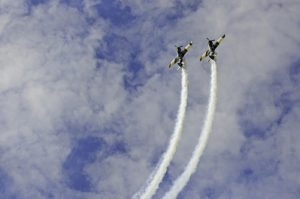 Today most of our managers, both men and women, are in a ‘double career’ couple and there’s no question of sacrificing one for the other. At L’Oréal, we have tackled this issue head-on and with our partner companies we’ve built the Dual Career Network Project whose goal is to foster expatriation for couples by allowing our expatriates’ partners to pursue their career paths abroad and make expatriation for one an opportunity for the other as well. At L’Oréal we have long been aware that the issue of professional equality is not only played out within companies but is also mixed in with personal life issues.

EVE Program : On that point, you are also a pioneering company in terms of measures to build bridges between personal and working life.

Jean-Claude Le Grand : That’s pretty well known but it’s good to remind people about it. Since the 1960s we have been offering Schueller Leave (Congé Schueller) which allows women who so desire to take an extra 4 weeks of maternity leave. A few years ago we adjusted it so that women could manage their return to work after a baby more flexibly. This leave can now be split, in that it’s possible to take it a few days at a time after coming back to work so that women who want to can use this right without being away from work for too long.

The ‘father and mother Wednesday’, which was started in the 1970s, is another clear symbol of our determination to keep our women in the company while allowing them to balance family and professional life. We could mention our company nurseries, partnerships with the Filapi kids’ play centers or our very positive experience with teleworking. These are all initiatives in the Company Parent Friendly Charter, of which we were one of the initiators.

EVE Program : You direct much of your diversity policy towards training and raising awareness on issues of equality among women and men. 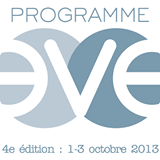 Jean-Claude Le Grand : The proof is our involvement with the EVE Program. When Anne Thévenet-Abitbol talked to me about this project, we thought we had to be part of it. This program’s approach is really different because it involves both men and women in the issue of women in leadership. One of the dangers when you work on professional equality is to make it a women’s topic. So, sure, we’ll get some women into senior management positions but for some reason, it’s the communications or HR department, or just maybe the financial department. What we want is to have men in communication and women in manufacturing. Because there’s no reason for women to be better at communications and men better at manufacturing or better scientists. 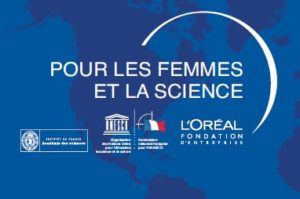 To convince people on that issue, we have to tackle quite a lot of prejudice about job areas and make both men and women want to get involved with topics which they aren’t culturally expected to. For the last 15 years, in partnership with UNESCO, the L’Oréal Foundation has encouraged women to take up careers in science, through the “For Women in Science ”program.

We have also set up a yearly training course on awareness of sexist stereotypes, for all employees, male and female, as part of the Diversity Workshops. To stop the influence of stereotypes, we have to come back to the topic again and again, all the time, they’re so deeply embedded in each of us, right from childhood.

EVE Program: As we’re talking about stereotypes, I’m going to ask you a sensitive question. L’Oréal is often accused of trading on feminine stereotypes. What do you say to that ? 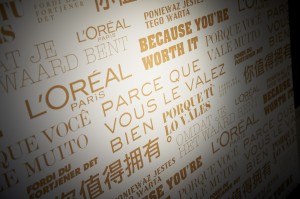 Jean-Claude Le Grand : Only in France do people not understand the slogan “Because I’m worth it”. And only in France do people get a kick out of mocking or caricaturing it. Everywhere else, it’s understood. So let’s do a bit of history to explain where it comes from : that slogan comes from the States and the 1970s, and it’s part of the women’s liberation movement which revolutionized society. Those American women were saying: “I’m worth it”, meaning “I’m allowed to be visible, I have my place in society, I have the right to push forward, I’m independent and I live my life as I see fit”. The L’Oréal advertising saga tells that story, that statement, that first-person affirmation.

I would also like people to stop talking rubbish about the dictatorship of beauty stereotypes that L’Oréal is supposed to relay. We have hundreds of models all them look different, they are different ages, of all types and all skin colors, there are brunettes, blondes, redheads, straight and curly hair, blue, green and brown eyes. They’re all beautiful but all different and often unusual.

Our models are also personalities, they have character and they express it. Our models who are actresses are working women who have earned their success. We have models who are top sportswomen (including Aimée Mullins, a paralympics athlete), and we have campaigning women such as Jane Fonda or Liya Kebede.

The idea of difference is woven into L’Oréal’s nature. Our business is beauty and by definition beauty is unexpected, it is unique, it is diversity.
.

Interview by Marie Donzel, with the help of Stéphanie Oueda.

Translated from its original French version