In recent years, empowering women has become a key focus in the public sector to eradicate poverty. Many of the United Nation’s 2030 Sustainable Development Goals (SDGs) include a gender component, which is specially underscored in SDG 4, to ensure inclusive and quality education, and in SDG 5, to achieve gender equality. The central role of female empowerment in development priorities reflects a shift towards a global consciousness recognizing the urgency of reducing gender inequality, both economically and politically.

Gender inequality has a high cost. A recent World Bank report estimates that, globally, countries are losing $160 trillion in human capital wealth due to differences in lifetime earnings between men and women1. Obstacles such as early marriage, childbirth, and greater household responsibilities prevent women from fully participating in the workforce, meaning they only account for 38% of human capital wealth. In low-income countries, additional impediments such as a lack of infrastructure only exacerbate the situation, reducing the percentage of human capital wealth to less than a third.

One of the most effective ways to improve gender equality is through education. Women who have achieved a secondary level of education earn almost twice as much as those who have not, yet in low-income countries only one in three girls completes lower secondary education, versus 75% globally. Education not only provides girls with vocational and life skills, but helps remove other barriers to women’s economic participation, leading to exponential improvements. Research shows that each additional year of secondary education reduces a girl’s risk of child marriage and early childbirth by an average of six percentage points. This, in turn, translates to fewer household responsibilities, less risk of population growth, and higher investments in the health and education of individual children.

Yet aspiring female politicians must overcome numerous hurdles, mainly from society, when running for office. A study by the World Bank and Women Political Leaders, “The Female Political Career” found that family obligations, absence of funding, and media influence can impede women’s participation in parliament. During recent elections in Kenya, female candidates even faced threats of violence against themselves, their families, and their supporters3.

Nevertheless, great strides have already been made by African women to achieve equality on both the economic and political fronts. The majority of the self-employed in Sub-Saharan Africa are women, more than any other region in the world. In politics, three African nations—Rwanda, Namibia and South Africa—rank in the top 10 countries in the world for the percentage of women in parliament, with Rwanda at number one with a world record 65% women. Ethiopia has very recently elected a woman president and a 50% female government in a cabinet reshuffle, with women holding key posts such as Ministers of Defense and of Peace. Across the continent women account for 23.6% of parliamentary representation, on par with the global average of 24%, and well above other regions. What’s more, according to the World Bank report Women, Business and the Law, in the last two years, four out of the five countries that implemented the most reforms to improve women’s economic inclusion were in Africa.

“Women’s empowerment is not just a fundamentally moral cause, it is also an absolute economic no-brainer,” stated Christine Lagarde, Managing Director of the International Monetary Fund and champion of women’s rights. While politicians can remove legal barriers from the top, governments must also invest in programs on the ground to instill a sense of empowerment and agency in women, and particularly girls. The World Bank, aid agencies, donors, governments, non-governmental organizations, private sector firms, and researchers teamed up to make the Africa Region Gender Innovation Lab (GIL) for such programs. The GIL assesses outcomes of development interventions to identify effective and replicable solutions for women’s empowerment in Africa to help policymakers and development practitioners.

Cooperation between all partners must continue in order to empower women and end gender inequality. It is essential to eradicating poverty and achieving sustainable development, and it just makes economic and ethical sense. As Michelle Obama, former U.S. First Lady stated, “No country can ever truly flourish if it stifles the potential of its women and deprives itself of the contributions of half of its citizens.” 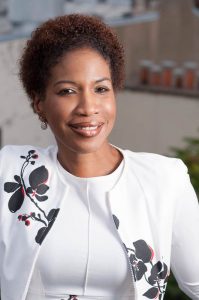 Ms. Bathily is a senior international affairs expert and Head of Parliamentary Engagement at the World Bank Group. She has served as the Bank’s first full-time parliamentary staff member, and currently leads advocacy, and high-level outreach activities to parliamentarians for the institution at the global level. Bathily has actively contributed to the creation of the Parliamentary Network on the World Bank, and IMF, a unique platform for policy dialogue on key development issues. She also led partnership efforts on behalf of the World Bank, providing strategic input to heads of states for major development roundtables in Africa. She earned a master’s degree in public administration, at Harvard University’s Kennedy School of Government in 2009, and was a Mason Fellow. Very active on women’s issues, she sits in the advisory council of the Women in Africa Initiative and the Women Investment Club. A recognized opinion leader in the development and social field, Nayé A. Bathily has been named one of the 100 most influential Africans in the world in 2017.