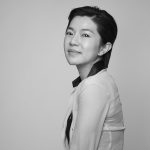 As a serial entrepreneur, Kathy Gong founded ai.Law in 2016, a legal robotic start-up aiming to break down the traditional ‘Pyramid’ service model through innovation to reduce the barriers and costs of engaging legal services so that every individual can afford a professional ‘private lawyer’. She is also the founder of KG Inc., a business event management company that organized the APEC Women Leadership Forum (2013-2014) in Beijing. Kathy is a member of the Chinese People’s Political Consultative Council (CPPCC) in Chengdu; member of the Foundation Board of Global Shapers Community, World Economic Forum (2013-2016); Co-chair of APEC Women Leadership Forum (2013-2014); and Image Ambassador of Chengdu’s Young Entrepreneurs. She was awarded as one of the Top Ten Entrepreneur Representatives of China’s Economic Innovation in 2011 and 2013. Kathy is also one of the youngest chess masters in China.

As the world pretends to value failure, in my opinion, it really does not.

Stories of failure are only shared and forgivingly accepted after one becomes successful, as if the journey itself has no value unless it leads to success.

In the face of failure, we all probably go through similar sentiments such as stress or the loneliness of suffering in silence. As a woman and a serial entrepreneur, my life is full of rejection, mistakes and failures, and I continue to experience them now. It never stops unless you stop doing anything at all.

I was rejected by one of my primary school teachers for the ‘village’ accent that I picked up while growing up in the mountains.

I was the second best when I competed in China’s International Chess National Team where for years I was always defeated by the same opponent in almost every chess tournament.

As I had spent most of my time playing chess and passing school exams in China, I experienced a major depression during my first two years at Columbia University because I could hardly understand English and often received Cs and Ds for my courses.

In my early twenties, as a young woman and recent graduate, I had low self-esteem and seriously doubted whether I could ever be good at anything at all. The world seemed like a dangerous place and I even considered the easy way out by marrying a well-off husband.

As a serial entrepreneur, I also recently hit rock bottom. But I sucked it up and pressed on.

Now in leading my new venture at ai.Law, where we deploy robotic lawyers to break down the barriers and costs in engaging legal services, I am again facing doubts.

Moreover, I am now 30 years old, unmarried and with no kids. In the Chinese context where women who are still single at 28 are considered on the shelf, this list can go on and on…

So girls, if you are feeling down, does my life sound familiar to yours, or perhaps even worse? If anyone reads about me in the media, he or she may consider me lucky and successful. To be honest, not quite so. You may have missed the other side of the success story.

From an early age, girls are expected to sit like a lady, walk elegantly, and speak delicately. While at the same time, they are also expected to be smart, convincing, attractive and thoughtful. We are raising our boys to be brave, but teaching our girls to be perfect.

Under the tyranny of perfection, girls and women feel insecure about whatever choice they make in life. They desire to meet all the expectations because they are afraid to let people down. Some of them may hold on to regrets when they choose to become housewives. Some of them have to combat the familial pressure to settle down and stand up against the pressure of being labelled ‘left-over women’ if they want to pursue their careers and gain economic freedom. Some of them need to convince investors about their leadership skills when they want to launch their businesses but are criticized for not being ‘masculine’ enough.

So here is the other side of my story that you would not read in the media.

Yes, I have failed recklessly, but it shaped me. It taught me to be braver and more accepting of others and myself.

Yes, I am leading an adventure full of uncertainties, but we were recently selected as the top startup company to watch out for, among other 30 companies, in the business of law in Asia. Our intention is powerful – to promote social justice and to protect individual rights in China.

Yes, I am unmarried, but I have found someone I truly love.

And yes, I am without children, but they might be on their way. If it happens, they would be the crystallization of love in my life.

Most importantly, I would fail again and again, never able to be perfect. But it does not stop me from taking a risk and exploring the beauty of this world.

If you are a woman entrepreneur like me, it is ok that the next investor rejects you because your products or services are not yet market viable.

If you are unmarried like me, take the time to invest in yourself.

In the face of adversity, shortcomings, and rejection, we should keep believing in ourselves and refuse to see ourselves as failures. Our response to failure holds the key to our future.

Let’s live life to the fullest. Not just to endure. Not just to make sacrifices. Not just to suffer. Not just to pass through it, but to live it for ourselves. To live boldly. To take chances. To seize the moment.

Last but not least, let’s help other women, even in the smallest way. Let’s invest in the next generation of women entrepreneurs.

After all, we are born with nothing and shall leave this earth empty-handed. So let’s make good use of our lives to love, impact and create.

Eventually, to make a difference.

Article by Kathy Gong for the EVE Program