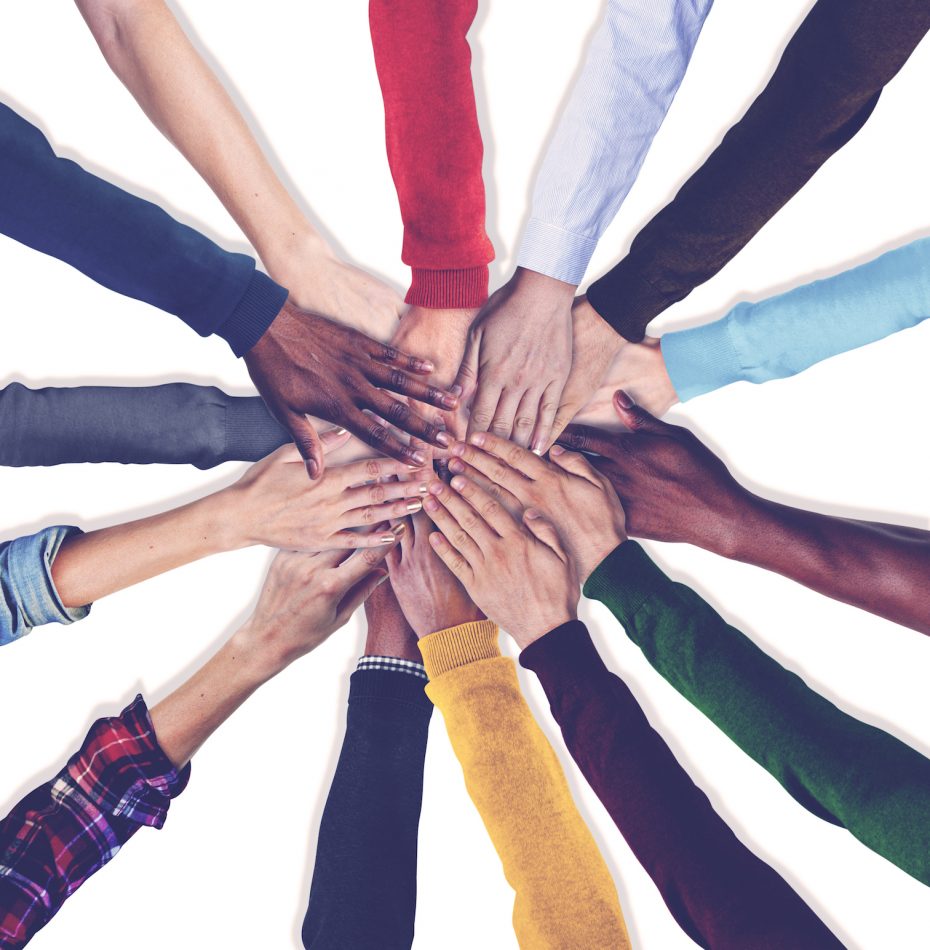 Debates on the subjects of differences, equal opportunities, and the sharing of environments, possibilities and responsibilities have seen the idea of inclusion become more widespread over the last few years. So it is really just about substituting the timeworn and loaded term of social and gender “diversity”, or is it about changing how we actually look at the issue?

What does inclusion really mean and what does using this term imply?

What is the opposite of inclusion?

At first glance, the word inclusion may seem to be quite simply the opposite of exclusion. The two words are of Latin origin, and both based on the root cludere, which means “to close” or to “prevent access to”. Excludere means “to shut out”, “to shut off”, or “to remove”, according to Latin dicos.

The 17th century idea of exclusion was based on the acceptation of this Latin word. Pascal used it in his Pensées, wherein he defines exclusion as being “unable to reconcile these things, which they believe incompatible”. Exclusion seen from this standpoint holds up the idea of difference as being the reason that people cannot come together, or share a common space. In the language of the 21st century, this could suggest that deeply established differences are an insurmountable obstacle to being able to live together.

Does different mean vulnerable? The birth of “discrimination” 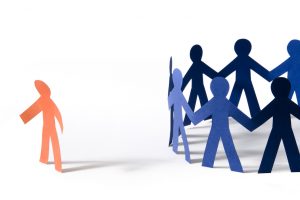 In the 19th century, with the arrival of social sciences, exclusion took on a second meaning, which is very familiar to us today. Studies on the origins and effects of poverty would quickly make exclusion synonymous with being underprivileged. The sociologist Robert Castel analyzed the criteria for “vulnerability”, which expose certain categories of the population to marginalization, or in other words, the rejection of the dominant social force.

It will come as no surprise to learn that he identified elements of identity (gender, age, marital status, etc.) belonging (social, cultural, etc.) and/or situation (disability, family isolation, etc.) which inhibited access to social recognition and magnified the effects of individuals’ “mistakes”. People who are labeled “vulnerable” for one or more reasons have fewer opportunities to demonstrate their value and pay a high price for their mistakes. And that is discrimination in a nutshell.

From the cost of exclusion to the duty of insertion

The denigration of “difference” causes conflict 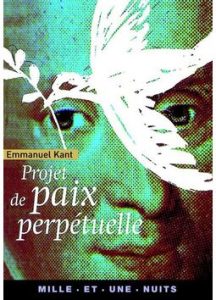 It is very quickly obvious that exclusion is not only a threat to its direct victims, but also to society as a whole. From Kant to Hugo, not forgetting Rousseau, philosophers for peace have pointed out a common theme within all conflicts: the latent lack of consideration of the other as another “self”, whose interests and points of view are either denied by the negation of the individual (such as in the case of slavery), or seen as a threat, which justifies a desire to dominate the other.

These determined philosophers state that in order for there to be agreement, differences (of identity, culture, or points of view) must be accepted as still occupying a rightful place within the same group (humanity, in this case). We need to recognize each other as equals before discussing what makes us different and splits us apart.

The economic cost of exclusion

Exclusion is a major political risk, and has its own economic “cost”. The principle flag flyers for women’s equal participation in civil and economic society raise the issue: John Stuart Mill, and others, condemn the absurdity of depriving a society of half of its human members when it appears that there is not enough strength, intelligence and skill put into action to develop our companies. 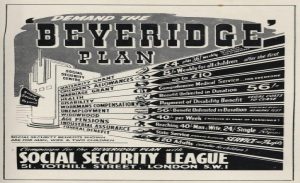 Given this approach to the “shortfall” that results from sidelining certain people from the active population, theorists studying social protection have underscored the cost that exclusion represents. In the 1940s, Beveridge, the father of the “welfare state”, pointed out that exclusion is a risk to which a huge majority of the population is exposed (due in particular to accidents and disease), and puts companies in danger, as they may at any time lose the workforce they count on to produce, and the consumption forecasts they aspire to achieve. And that is without even considering the insecurity of workers, which hinders the development of productivity and the lack of vision among entrepreneurs who do not know the type of society they will be dealing with tomorrow, and limit their investments accordingly. At the time, Beveridge convinced the world of economics that the cost of exclusion was lower and less long-lasting when risks are anticipated and shared. From the point when the social security system was put into place, it was very soon clear that exclusion poses a direct risk to the balance of the system. And from there came the duty to include or re-include those who had previously been excluded.

From insertion to integration, calling at assimilation

A little (or a lot of) effort is needed to integrate… 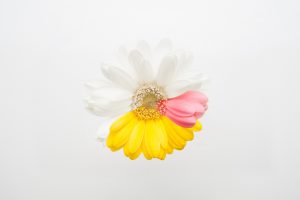 The issue of insertion brings us back to discrimination, when it is clearly apparent that some people encounter more obstacles on their way to avoiding exclusion. An entire school of thought places the responsibility of integrating into a society on those who are not admitted in the first place.

They are required to assimilate the codes of the society they need to integrate. According to this approach, the integration of immigrants must involve them making an effort to learn the language, as well as the usage and practices that are expected in their host country. If we look at the case of women being denied entry into circles of power, we expect them to prove that they too can be “manly”, meeting the same criteria of legitimacy and performing their duties in the same way as the “insiders”, the men who are already in place.

Becoming (like) another, at the risk of losing yourself? 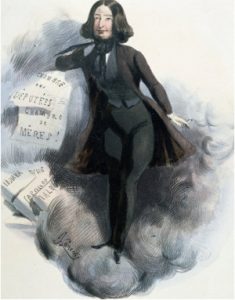 This model, which sometimes pushes those in the process of assimilation into denying their own identity (such as when people change their name to erase a marker of their origin, or when, as we have seen throughout history, women dress as men to gain entry to places reserved just for men), has its limits. First, because it mainly fails to “integrate” people, and only allows a small number of those who are “different” to take their place among those who are the “same”.

When people try merely copy to others rather than being themselves, they are soon rejected. The situation of women prone to the “queen bee syndrome”, who are accused of being “worse than men” when they exercise their power, is an example of this.

Diversity: from the benefit of differences to questions about similarity 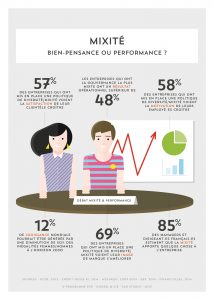 So let’s shift the perspective completely: rather than being a factor for discrimination, difference becomes an element of diversity to be valued. Variety is the spice of life, the more standpoints we compare and contrast, the better we work, and, to quote Saint-Exupéry “He who is different from me does not impoverish me – he enriches me!”

Many studies show the benefits of diversity: a varied ensemble of cultures and perspectives represents the population better (electorate, customer base, etc.), so we can imagine more possible scenarios to make more sustainable decisions, improve quality of life at work (in the office, living together with every element of society), nurture trust, innovate more quickly and more effectively, and so on.

The age of diversity “criteria” 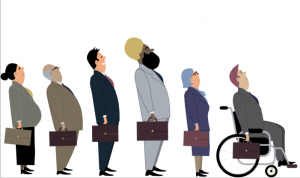 In the 1980s and 1990s, composed were obliged to respect certain criteria for diversity: people with disabilities, gender, social and then cultural origins, etc. But other identity markers of status or belonging emerged during discussions about diversity: sexual orientation, age and generation, religious beliefs, appearance, etc. So a huge contradiction arose in the idea of diversity: where we were trying to ensure that everyone had the same opportunities to play their roles, we categorized populations into having “admissible” differences, while obliging others to pass a sort of recognition test to identify their differences.

We also failed to successfully identify and analyze intersectionality issues. What about a woman of color with disabilities who takes on a senior management role? How can we create insertion strategies for young people from underprivileged areas that will benefit girls as well as boys? And so on.

Different, yes, but compared to whom?

Beyond this minefield of classifying differences, visions of diversity hit a snag when we consider the very idea of being “different”. When we are different, who are we different from and what in fact are we? Are we different from an established norm which refers to a majority of similar people in a position of authority?

Thinking about diversity has shed light both on the huge influence of the “norm”, including for those who conform to it, and on the vast heterogeneity and major importance of context in terms of those who are subjected to it. It has also brought the spotlight onto the sterility and sameness of the rule-writing elite. After attempting to identify the “different” people, we are then obliged to question those who are not “different”. What really makes a group of individuals similar to each other?

Inclusion: allowing each person to be themselves and give of their best in a group

The challenges of inclusion: permeability and coherence

Raising this question about what makes the “benchmark entity” from which “differences” must be considered requires rethinking what a group really is. The group is now no longer a specific format with access restrictions and established practices, but a dynamic ensemble grappling with two main issues:

Inclusion can be defined as when these two objectives come together: creating the same conditions for everyone, (context, regulations, values that can be shared) that allow each person, whoever they are, to assert their personality, talents, ideas and energy to contribute the best of themselves to a common project.

Express yourself and allow others to express themselves 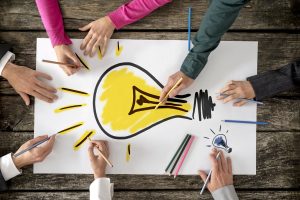 The approach is inclusive and fundamentally interactive. It invites each individual to question their position within the group to perform two simultaneous duties: expressing themselves and allowing others to express themselves.

If we take the example of “manterrupting”, that was coined recently: the issue is not about men stopping themselves from speaking, nor about women monopolizing a conversation, but about everyone making contributions together, to build and facilitate more interactive and more considerate discussions.

The key question about inclusion: what if we did things differently? 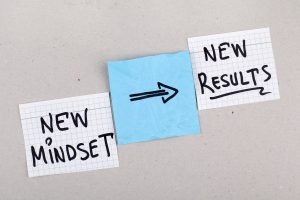 As such, the inclusive approach is by its very essence innovative: it will allow every element to be challenged by every individual: yourself (your attitudes, your behaviors, your ways of working, your visions, your obstacles, your drivers, etc.), others (their legitimacy, their interests, their reticence, their commitment, their coherence, etc.) and the group (how it is accessed, how members can participate, its codes and operating methods, its recognition and valorization criteria, its manner of rewarding, its perspectives on transformation, etc.).

In other words, inclusion provides an answer to the question “how can we work as a group when there are so many differences between us?” with an open proposal: what about if we did things differently?

Marie Donzel, for the EVE webzine