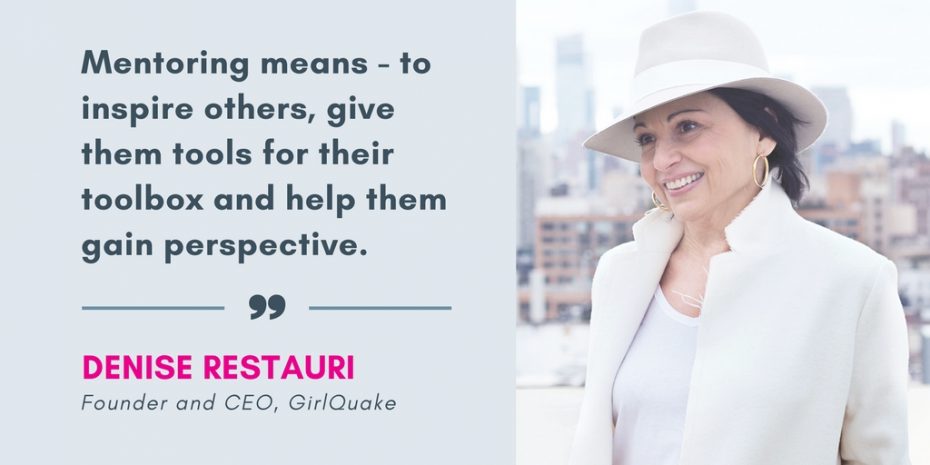 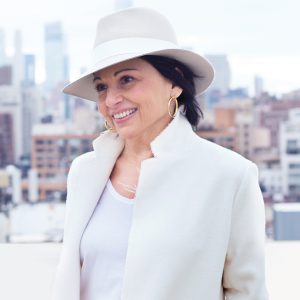 Denise Restauri is a storyteller, speaker, writer and connector. As the founder and CEO of GirlQuake, a Forbes Media contributor and host of the Mentoring Moments podcast (Forbes On PodcastOne network), Denise is amplifying the voices of females from multiple generations and democratizing mentoring. Denise is the author of Their Roaring Thirties: Brutally Honest Career Talk From Women Who Beat The Youth Trap. She was the executive producer of the inaugural Forbes Women’s Summit. She has been at start-up, speed-up and stay #1 companies in both digital and traditional media. Denise serves on the boards of female-led organizations She’s the First and The Empowerment Plan. She’s a guest lecturer at Stanford University and an honorary professor at Glasgow Caledonian University. Denise is a Tribeca Disrupter Foundation Fellow, has been named to numerous people to watch lists and has appeared on NBC Today, CBS Early Show, ABC News, CNN International and NPR.

Mentorship is essential to helping women navigate the glass ceiling but current mentorship models aren’t working as well as they should. Research shows that women ages 21 to 33 truly value mentorship. However, less than 60% of these women have mentors.

One reason for this unfortunate statistic is that the definition of mentorship has not strayed too far from it’s roots in ancient Greece: The elder mentor advises Odysseus’s young son Telemachus on how to conduct himself in his father’s absence. That definition leads to too many powerful women saying, “I don’t have time for a one-way relationship where someone is picking my brain.” On the flip side, young women are saying, “Finding a mentor is daunting.” Not a winning situation.

We need to change the script. We need to upend this mythical view of mentorship and realize that wisdom flows both ways—younger women give as much as they get, if not more.

The second thing we need to do is go to the core of what mentoring means—to inspire others, give them tools for their toolbox and help them gain perspective—and find ways to democratize mentoring, to make it more accessible.

I couldn’t figure out the answer to how to democratize mentoring until one night at dinner with Bethany, a 30-something woman I mentor (actually we mentor each other). That’s when I had my aha moment. Bethany said, “We need to redefine mentoring because it’s not what we think it is. For me mentoring is about these moments we have a dinner two to three times a year, when we share stories.”

Boom! Someone half my age helped answer my question, solve my problem. Sharing stories about triumphs and skids. Stories we can share anywhere—over coffee or a glass of wine or on the train. If we can commit to sharing those important stories, we can change the definition of mentoring, and make it fun and accessible.

That dinner happened a little over a year ago and since then I’ve learned hundreds of lessons from women from multiple generations who are sharing their vulnerable stories. Here are 10 of those lessons:

So go and share a story with someone now. And encourage others to share their stories. Because our stories matter.

Article by Denise Restauri for the EVE Program