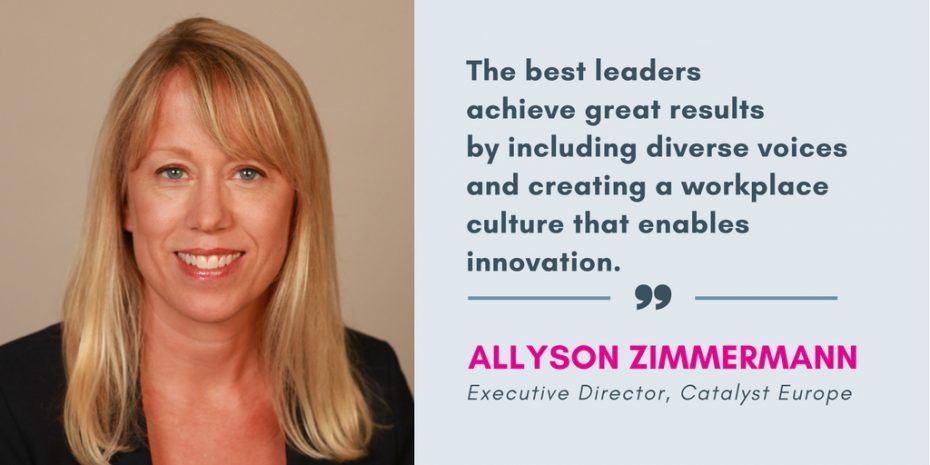 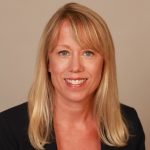 Allyson Zimmermann is Executive Director of Catalyst Europe leading the non-profit organization’s strategy to create inclusive workplaces where women and all talent can advance.

Diversity for years has been the goal; however, it has not always had the desired effect.  Simply hiring for the sake of checking the “diversity box” is not enough.  How are you engaging that pool, using their unique insights and bringing them into the dominant group?  Individuals must feel valued and engaged to retain the full benefits of a diverse organisation.

We know that women’s talents and abilities are being wasted in the workplace.  The proportion of women on boards across the globe remains staggeringly low at 14.7%. The S&P 500 figure, in the United States, has stalled just under the 20% mark in recent years, while in Europe the number of women on public boards hovers at 25 per cent and at just over 26 per cent in the UK for the FTSE 100.

Studies, including several produced by Catalyst, clearly demonstrate the value of having more women in senior leadership positions. Our Bottom Line series shows that companies with more women board directors and senior officers, on average, financially outperform those with fewer women.

Not only does increasing women’s representation in senior leadership improve companies’ bottom lines; it also enables them to better serve their customers. The majority of global consumers are women, and smart companies have senior leadership teams that reflect the diversity of the marketplace, as well as of their employees and key stakeholders.

But why aren’t more women rising up the ranks in organisations?  From our global research, women cite the following barriers as obstacles to their advancement: a lack of access to informal networks, gender bias stereotyping; a lack of or limited contact with potential sponsors ; few role models; and insufficient access to job opportunities.

For instance, we found that women are missing out on the  ‘hot jobs’ in organisations i.e. those mission-critical, often international assignments which provide visibility to senior management.  Formal leadership training isn’t the answer either. Catalyst research indicates that on-the-job experience leads to advancement more quickly than training—and even among those who have completed training programmes, men are still more likely than women to get access to ‘hot jobs.’

Instead they receive projects with smaller teams and smaller budgets, impacting their internal visibility and their ability to find an influential sponsor.  Seventy percent of development happens in on-the-job experiences (only 10% is on formal development programmes).

It’s time to stop ‘fixing’ the women and to start looking at the culture of organisations.  Companies cannot be complacent about their ability to compete economically if they’re not recruiting the best talent to their leadership team.  Furthermore we know that women will vote with their feet when it comes to where they want to work. According to Catalyst research, women are more likely than men to leave one organisation for another, particularly if they perceive barriers to their advancement.

Taking away the obstacles for women requires change throughout an organisation and often it starts right at the top. The businesses that have made significant progress in women’s advancement, such as Alcoa, Coca-Cola, and Unilever, all of which have Catalyst Award-winning initiatives, have CEOs who set relevant targets and objectives and hold senior leaders accountable for women’s inclusion at all levels.

As Coca-Cola chairman and CEO Muhtar Kent said: “I found a disconnect between our percentage of women in leadership roles and young women executives coming into the company, and the people buying our products.” He went on to explain that women are responsible for seven out of 10 purchases of Coca-Cola products and control $20 trillion in annual spending around the world. “We cannot be successful if this disconnect continues.” Neither can any other global company.

Companies who want to stay competitive, and be successful, should consider taking the following steps to help talented women advance:

We know that diversity is a fact. There are many diverse groups in the workplace. However, just because an organization is diverse, it is not necessarily inclusive. If diversity is a fact, then inclusion is a choice. The best leaders achieve great results by including diverse voices and creating a workplace culture that enables innovation.

Article by Allyson Zimmermann for the EVE Program