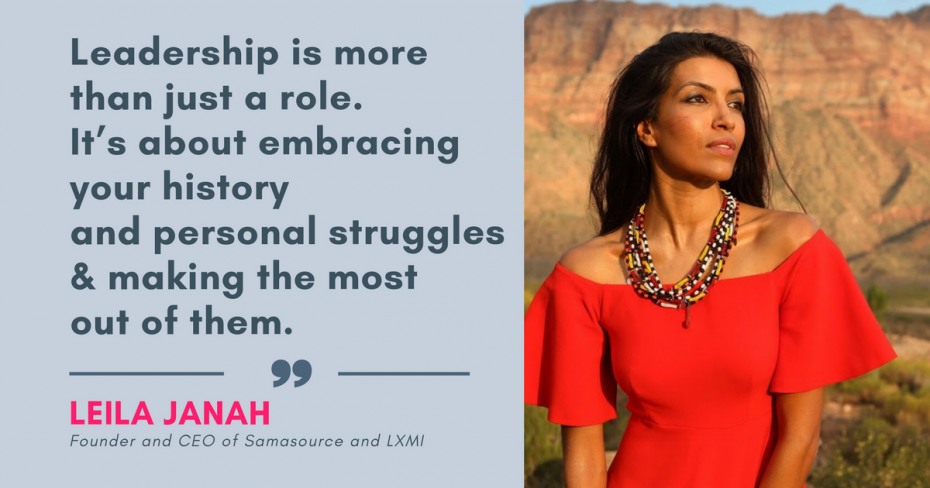 In 2008 I co-founded and became the CEO of Samasource, a nonprofit organization that has helped over 60’000 people rise from poverty in Kenya, Uganda, India and Haiti. Samasource leverages technology to connect people under the poverty line with global employers willing to pay them living wages.

Many charities and aid initiatives give one-time donations of money and goods. This is a noble endeavor, but it does not strike at the root causes of poverty. Giving dignified, fair-wage, steady work has a deeper and longer-lasting impact on people’s lives: It gives them the means to support themselves and their families and the agency to draw their own paths. It creates infinite possibilities.

Often, when people learn that I am an entrepreneur, and a social entrepreneur at that, they assume I was born with a silver spoon in my mouth. I wasn’t. I am a first-generation immigrant born to parents who came to the United States from India with little more than their hopes for a better future. I grew up without luxury, but I was lucky enough to get a starting point in life that offered me opportunity: A good education and a family legacy that taught me the value of work.

I grew up believing in a naive version of the American Dream: that no matter who you were, if you only worked hard enough, you would get where you wanted to. My family history seemed to be a first-hand proof of this and I had internalized the myth that poor people were unwilling to work their way out of poverty or they lacked the adequate values to do so.

When I was seventeen-years-old, I signed up for an aid program that took me to Apirede, a village in the rural south of Ghana, to teach English to blind kids. There I met Femi, who started going blind during his early childhood from a medical condition his mother could not afford to treat.

A voracious reader when given access to Braille texts, Femi had the kind of raw talent that can evolve into genius under the right mentors. He would have smoked me in fourth grade had he not been born to a single mother in a country where the average daily income was equivalent to two American dollars in 2005.

I came to realize that by an accident of birth I had landed in America and Femi in Apirede. Our fates were, statistically speaking, tied tightly to this accident. The disparity sickened me. It also taught me that talent and hard work are not enough; opportunity is essential.

My time in Ghana eventually came to a close and I went on to finish high school and study at Harvard, paying my way through it by scrubbing toilets, serving cocktails and tutoring. I then landed a job in a big consultancy firm in New York that fortuitously sent me to India on my first assignment.

I went to Mumbai to help an outsourcing company go public. They had a call center that employed young people to handle phone calls and customer transactions for airlines and credit card companies. Some of the people sitting in the hundreds of three-sided cubicles made arduous daily commutes from the slums of the city.

During that trip I was reading a book by Thomas Friedman called The World Is Flat. In it, Friedman explains that the rise of cheap access to connectivity and hardware in developing countries flattens the global playing field, making it possible for people in developing countries to compete for the knowledge and work that had previously been the providence of a few wealthy countries, such as the United States.

Friedman made it click for me: Millions of educated young people in the developing world now spoke English and could do work online. The biggest barrier to economic development is the fact that masses of people are constrained by geography, yet capital can move freely across borders. Digital work frees workers to find jobs in the richest countries, even if they can’t physically be there. Access to the internet could permit young people who are poor but literate, like Femi Abass or the slum dwellers near Mumbai, to take digital jobs from companies abroad that pay fair wages.

With this awareness in mind, I returned to New York and to my job, but I started working nights and weekends researching and developing my idea for a start-up that would hire only people like Femi and the Indian slum dwellers. Outsourcing was a billion-dollar industry, and I was going to find a way for the poor to get a piece of it.

What came after was the initiative that Samasource has become. At its foundation lies the belief that talent is equally distributed, but opportunity is not. Though your own stories as workers, entrepreneurs or business leaders may be very different from my own, I believe we can all play a part in dissolving the boundaries we’ve drawn between doing good and doing good business.

My entrepreneurial journey so far has also made me realize that leadership is more than just a role. It’s about seizing the opportunities that are presented to you and using them to grow. It’s about embracing your history and personal struggles and making the most out of them. Then you can lead others and lead the change you want to see. 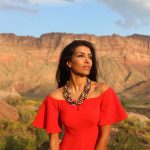 Leila Janah is the Founder and CEO of Samasource and LXMI, two companies that go beyond charity to #givework to low-income people around the world using cutting-edge social enterprise models in technology and luxury skincare, respectively. She is the author of the book Give Work (Penguin/RandomHouse), which was released in September 2017.

Prior, Leila was a Visiting Scholar with the Stanford Program on Global Justice and Australian National University’s Center for Applied Philosophy and Public Ethics. She was a founding Director of Incentives for Global Health, and a management consultant at Katzenbach Partners (now Booz & Co.).

Leila is a Young Global Leader of the World Economic Forum, a Director of CARE USA, a 2012 TechFellow, recipient of the inaugural Club de Madrid Young Leadership Award, and the youngest person to win a Heinz Award in 2014. She was named one of Fortune’s Most Promising Entrepreneurs in 2014 and was the subject of cover stories in Entrepreneur, Fast Company, and Conscious Company Magazines.

She received a BA from Harvard and lives part-time in New York and San Francisco.