Editor’s note: This is the first part of a two-part article. The first section explains the financial literacy gap, and the second one focuses on solutions to tackle it.

Link to the second part.

The relationship between women and money is very lopsided. While women are the world’s most powerful consumers today, we earn, control, and invest significantly less than men. What makes overcoming financial barriers so challenging for women, even after all these years of increasing equality in various fields?

Barriers in Society and the Workplace

For one thing, when opportunities are limited by gender, barriers are presented even before we can kick-start our careers and develop ability to make money. It came as a shock to me to read in a recent news article that one of Japan’s top medical universities has been systematically blocking female applicants from entering the school for at least eight years. The school has been lowering the entrance exam results of female applicants, in order to keep the ratio of women in each class below 30%. Deemed as a “necessary evil” by the school to prevent the shortage of doctors because the school believes that the female students would eventually leave medical practice to have children and raise them. This has actually created a systematic problem which reflects the society’s inability to support mothers.

Moreover, the gender pay gap poses a very real problem even before we touch on managing or investing our savings. Doing the same job, we often find ourselves getting paid less than our male counterparts. (A study conducted by Korn Ferry revealed that women make on average 15% less than men around the world.) Earlier this year, gender pay discrimination made headlines again when it was reported that Michelle Williams did a reshoot of the film All the Money in the World for less than a $1000, while her male co-star Mark Wahlberg was paid 1.5 million dollars. William’s pay represented less than 1% of Wahlberg’s! This discrimination happens right from the point men and women start out in their careers. According to data from the Bureau of Labor Statistics, in America, men between the ages of 20 and 24 earned a median income of $544 per week as compared to $508 for women the same age.

Over time, in many cases, primary caregiving responsibilities still fall to women who may be forced to make career decisions constrained by how much time they can take off from work. They may refuse career advancement opportunities or be passed over by employers who think they might be less committed to heavier responsibilities and accordingly unable to move up the corporate ladder. Neither does it help that long working hours are still perceived as a good way to gage a worker’s performance.

Starting out on a lower pay level which rises more slowly as we move on in our careers, many of us women thus find ourselves with fewer financial resources to earn and grow and invest like men.

In Asia, many women still hold on to more traditional values and to the role of staying at home to take care of the family. Even if women are balancing both career and family, they tend to leave their family investments solely to the men. Although it is interesting to note that in countries such as South Korea or Japan, homemakers are taking on the role of domestic CFO (Chief Financial Officer) where the breadwinner gives all his salary to the wife to manage monthly household expenditure and is in turn given an allowance by the wife (with the idea that men take care of the big issues while women take care of the minor daily issues).

Inefficient systems also contribute to the growth of this problem. For instance, many young Filipino girls are still expected to drop out of school to get married and take care of their families despite their country being named as the most gender-equal country at work in Asia. Chronic underpayment of salaries is also a problem in female-dominated industries there, such as education, where more than 70% of teachers in public schools are women. In desperate need for cash, they take on expensive payday loans with high interest rates, and pay them off when their salary comes in. With cumulative interest on their loans, coupled with heavy financial responsibility and an inconsistent income, many of these women find themselves caught in a recurring cycle of poverty where the odds are truly stacked up against them.

The second part continues on this link. 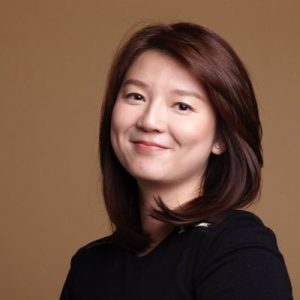 Gina Heng also founded MissKaya.com, a women-centric financial services platform, under the Marvelstone Capital (a portfolio company of Marvelstone Group). Prior to founding Marvelstone Group, she was a venture partner at Yozma Ventures (Korea) and co-founded asset management firms, One Asia Investment Partners and Leonie Hill Capital in Singapore. Gina has also worked at Bank of Tokyo-Mitsubishi and Cerulli Associates, where she gained expertise in sectors such as asset management, telecommunications, commodities and infrastructure, in Southeast Asia, China, India and Australia. She holds a B.A. in Political Science and Economics from University of Pennsylvania.

Miss Kaya is a lifestyle focused financial platform to educate and equip women, especially those in Asia, to take control and grow of their finances. It believes that female empowerment begins from understanding, owning, and growing our finances. Therefore, it aims to create a safe and trusted community where women can learn and build their personal finance knowledge, and make their money work for them. www.misskaya.com