As you read this, millions of high-caliber women around the world are shut out of traditional recruitment processes. These are women who have stepped out of their professional careers for two, five or fifteen years, usually to care for children or aging relatives, but also for reasons such as health or relocation. When they want to resume working, they encounter huge barriers.

Despite the significant progress in many countries to reduce recruitment bias based on gender, age and ethnicity, there remains a rarely questioned bias against people who have taken multi-year career breaks.
At Women Returners, we continually hear stories from women professionals who face a wall of rejection when they apply for roles they are well qualified to fill, receiving the standard refrain: “We regret to say that we have other candidates with more recent experience.”

These career returners are a highly skilled and experienced group. Research commissioned by Vodafone indicates that there are an estimated 96 million skilled women aged 30–54 on career breaks worldwide. Some 55 million of them have experience at mid-manager level or above. At least 75% want to return to work at some point and yet the majority encounter major hurdles when they try to resume their careers.

Why do these skilled and experienced women find it so challenging to get back to work?
From a personal perspective, people who have been out of the workforce for a number of years often lose their professional self-confidence, particularly if they have spent many years seeing themselves as “just a mother.” They can feel daunted by technological and sector developments.
Returners with caring responsibilities may also struggle to find suitably senior roles offering the flexibility to fit with family life.

However, for many women it is the lack of a clear route back to their careers which can present the greatest hurdle.
For too many recruiters, the value of 10 to 20 years of experience is negated by an extended break. A large-scale US study found that employers are more likely to select a less qualified candidate than one who has been out of the workforce for even six months, labeling them a risky candidate. Rarely do returners make it through traditional recruitment processes, no matter how strong their CV.

This is not a new problem, but some organizations are offering new solutions. “Returnships”, for example, have played an important role in tackling the career break penalty, by providing a bridge for professionals back to mid to senior level roles.

Participants take on paid professional work placements from 3 to 6 months, with training, coaching or mentoring support, and a strong chance of getting a permanent role at the end. Most programs are open to men too, but the majority of successful candidates are women.

Employers who do not have the resources for a returner program can also take these steps to target and support returning professionals:

Over 70 leading UK employers, across a variety of sectors from banking to construction, are now running targeted returner programs as a regular part of annual recruitment. Hundreds of impressive women are now back in the workforce, stronger than ever.

While there is still a long way to go until returner hiring becomes widespread, the foundations are in place. With evidence of the success of returnships in the UK, there is now a road map for tackling these challenges and bridging the gap between returners and employers. It’s time for forward-thinking employers across the rest of Europe, where returners remain a neglected group, to remove the career break penalty in their own organizations. By doing so, they will have access to a new source of experienced and diverse talent. 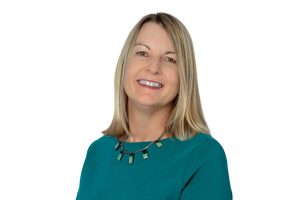 Julianne Miles is CEO and Co-Founder of Women Returners , the European experts in enabling professionals to return to work after an extended career break. Women Returners partners with leading employers to design, promote and support returner programs and led the introduction of returnships and supported hiring into the UK and Ireland. A social business, Women Returners also runs a free network to provide advice and support for returning professional women and acts as a voice for returners in Government forums and the media. Julianne is a Chartered Psychologist and received an MBE for Services to Business and Equality in the 2019 Queen’s Birthday Honours.