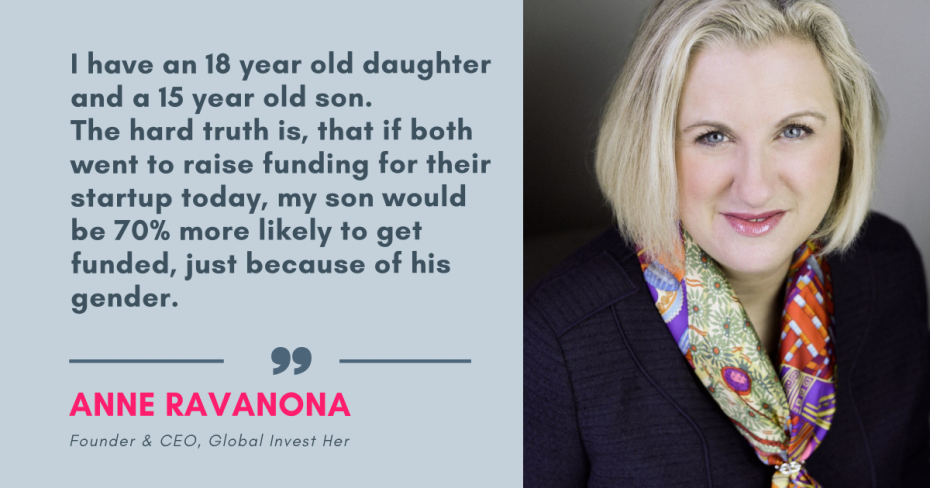 Women make the world go round. More than half of the world’s population, women are the world’s most powerful consumers driving 70-80% of all purchasing decisions. I believe that women entrepreneurs are the biggest untapped resource to re-ignite the global economy. However, the path to seizing that opportunity is not yet clear. Let’s look behind-the-scenes of a global upcoming megatrend, the current barriers in the way, and what we can do to unleash huge economic growth for us all.

The World Economic Forum’s 2018 Global Gender Gap Report tells us that if nothing changes today, it will take “202 years for women to close the economic gender gap … progress has been slow, especially in terms of participation of women in labour force, where the gender gap slightly reversed.” In my 2015 TEDx talk on investing in female founders, that gender gap was estimated to be 80 years. Why are we going backwards, what barriers still exist and what can each of us do to change things?

Forcing women to carry the unpaid childcare and eldercare burden around the world holds everyone back. Many reasons make this a complex situation to change. Not enough women are entering the workforce due to cultural and historical norms that have shaped our society. According to the UN, women are responsible for 75% of unpaid care work in the world (housework, childcare and eldercare), on top of their lower paid, often part-time day jobs. In ‘Invisible Women’ Caroline Criado Perez asks ‘is women’s unpaid work undervalued because we don’t see it – or is it invisible because we don’t value it’?

She tells the story of how a town with frequent snowfall in winter reduced their healthcare budget for treating snow-related accidents. As the snowplows usually freed up main roads (where mainly men, drive their cars to work), authorities found that more women were injured on the complicated extra routes they had to take before and after work, where they had to take small, uncleared paths to make extra stops on their journeys.  As a result, they were more prone to accidents. City council changed the snowplough routes and healthcare costs reduced  immediately.

Japan is one of the first countries to lead the way. Prime Minister Abe made feminisation of the workforce a national priority through his series of ‘abenomics’ policies, including creating more childcare places, promoting men taking child-care leave and be more active with domestic tasks, so that women can get back to work. From 2012-2018, the number of women joining the workforce increased by about 2.9 million. Other countries are finally starting to take note.

Women create 38% of new businesses worldwide every year, with 47% of total new companies being created out of opportunity and a 23% out of necessity. These startups actually fuel the economy and provide the backbone of jobs to many communities. According to the GEM 2018/2019 report, out of the 48 countries surveyed, only 6 show equal entrepreneurship rates between men and women. Imagine the impact if we increased new startups created by women up to 50%?

Yet Female-led startups only get 3% of total Venture Funding

When it comes to funding, the playing field is definitely not level for female founders. Access to capital is still the number one barrier for them today. According to Crunchbase, female-only founded startups got 3% of the total Venture capital last year. Nothing has changed over the past 10 years! At early-stage venture capital level, women-only teams raise on average $77 for every $100 a male founded team raises since 2010. Why? Only 8% of venture capitalists worldwide are women, and investors tend to invest in what they know and feel comfortable with (usually young white male entrepreneurs) so unconscious bias is hurting our economy. Many female founders do not feel welcome or taken seriously by VCs and only around 25% pitch for venture funding as a result. Environment counts.

Why should we care?

Ignoring or underfunding over half the world’s talent pool simply does not make business sense.  In July, BCG released a study showing they estimate that if we invested in women entrepreneurs, we would add up to $5 Trillion to the global economy,  increase global GDP by 3-6%! I have an 18 year old daughter and a 15 year old son. The hard truth is, that if both went to raise funding for their startup today, my son would be 70% more likely to get funded, just because of his gender. We can can’t wait 202 years for this to change. This reality is impacting your children, nieces, future grandchildren and women in your family too.

We must all take action – not just vcs, business angels, governments, corporates, entrepreneurial ecosystems. Use your own power.  Buy goods and services from great women-led companies, mentor them, support a crowdfunding campaign or become an angel investor. Because we are all worth it and you too can make a difference. WE (women entrepreneurs) are counting on you! 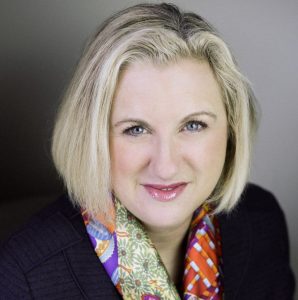 Anne Ravanona is Founder of Global Invest Her  a platform  that helps early-stage women entrepreneurs demystify funding,  get investor-ready, to get funded faster. On a mission to help close the $1.7 Trillion ‘Gender Funding Gap’ for women entrepreneurs, she is a passionate women’s advocate,  TEDx  speaker and Consultant  for Fortune 500 companies. One of the Top 100 Influencers in Gender Equality and Diversity  and Jury President for the Prix Simone Veil de la République Française  for President Macron of France.Entrepreneur in Residence at INSEAD and AXA, Anne showcases Trailblazing Women in the Huffington Post andMedium. Recognized by InspiringFifty France, Fintech Powerlist (Innovate Finance), Silicon Republic, and her work is featured in Forbes, Inc, Business Insider France.

(3) Top 10 Things everyone should know about women consumers (Bloomberg)

(4) TEDx talk: Spread Your Talent to the World – invest in women entrepreneurs

(6) Why you should care about unpaid care work