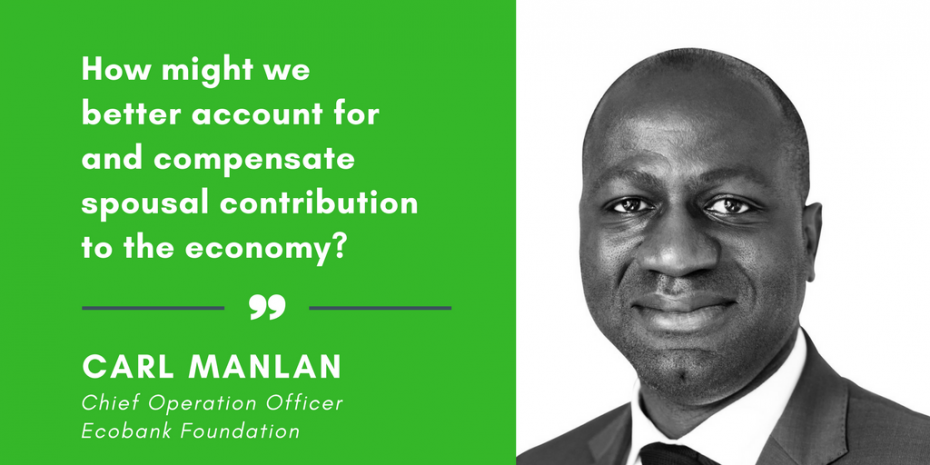 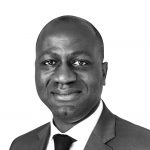 Carl Manlan is the Chief Operation Officer for Ecobank Foundation, an economist, a 2014 Mo Ibrahim Foundation Fellow and 2016 ASPEN New Voices Fellow. He writes this editorial in a personal capacity.

In my circle of friends in Accra, I’ve seen both men and women make the decision to follow their spouses to other countries when their spouses had the opportunity to move for their career. The spouses who follow had all contributed to the economies of the countries in which they were residents. For the majority, upon moving, those skills become dormant due to several reasons- sometimes due to legal restrictions attached to working in foreign countries and other times because the family as a group decided that having one spouse managing home life would be more beneficial.

My family falls into the latter group. About three years ago, my professional choices conflicted with the career progression of my spouse. For a year, we managed two careers while living in two separate continents. The impact of my absence on our two toddlers weighed in heavily on our decision to regroup in one country with one key consideration; retaining one career while we transitioned to a dual track career.

Over the past two years, my wife has not restarted her career after we assessed the need to balance the growth of what we consider the four pillars of our family. Having her stay home with our children is an intergenerational investment that recognises the value of parents and children in creating the future that we want. Children need the extra stimulation that would train them for the future of work. Most of the time, I am unable to be a part of the narrative of change. Delegating this responsibility, for now, while making the children understand the temporary nature is critical. They need to grow up with a sense of a family making decisions about the balance at different stages.

For my son, he has two reference points of an alternative family work-life balance, with two stay-at-home dads in our current neighbourhood. It is important for him to understand that the model of breadwinner is evolving. He can still be a pillar for his home and society while being the primary person responsible for the care of children.

A few weeks ago, I listened to a 2011 Nobel Peace Prize laureate, Leymah Roberta Gbowee, tell the story of a pastor that started to account for all the household activities that he would have had to pay for if his spouse was not home doing them. He realized she would have earned more than him if he had to compensate her for the work performed: childcare, cooking, cleaning, etc.

This made me think about my wife and other spouses like her. How might we better account for and compensate spousal contribution to the economy? Ongoing debates about the future of work emphasises the need for future workers to have stronger soft skills. Future workers who combine mathematical skills and interpersonal skills in the knowledge-based economies will have a competitive edge. There is a role for the “lingering spouses” across the world to train these future workers that economies will need.

As we discuss the future of work, we are missing a real opportunity to redefine the role of the spouse who is not in the paid workforce. We cannot overemphasise the value that children get from parents being a part of their upbringing. The benefits to a changing society, in the short and long term, represents an important investment now. The challenge is to combine demands from a work culture that does not factor the need for the working spouse to be present at certain milestones in the life of the child. For instance, children’s activities in pre-school often happen during working hours. It is an inconvenience for the working parent due to scheduling conflicts. Early moments matter, yet we continue to be faced with binary choices; presence or absence which technology tries to compensate for but cannot fully replace.

In a practical sense, the equation to resolve is for parents to be an integral part of the children’s upbringing. Defining child rearing as work and changing the way we perceive the role of the spouse is an important step. While, in my case, my wife does not contribute directly to what would be registered in the GDP of the nation, my productivity at work is greatly enhanced by the trust and knowledge that I have about her taking care of our two children and the household.

Part of the appreciation that I have had to integrate is to recognise that this piece of work requires a dedicated professional whose core skills (chartered accountant) are recognised by society as a caregiver but at the same time, her professional skills reduce in value for the time that she has had to be out of the job market.

As I think about the challenge raised by the Nobel laureate, I can relate to loss income and mental stimulation for my spouse as well as the stagnation of her career. At the same time, as I adjust to playing an active role, we have a sense of the investment required to raise and strengthen a family foundation. We moved to different cities to capture new opportunities for the family and are finding ways to strengthen our four pillars in a foundation where values take root.

Carl Manlan, for the EVE webmagazine