South Korea (Korea) has accomplished outstanding economic success, becoming the 11th largest economy in the world. However, the country’s women leaders are still considered token because only a small number of women take leadership positions in almost every corner of society. In 500 Korean companies by income, women executives make up 2.7% of total executives; in 31 companies, there are only 4 women board members (1.6%) out of total 245 members; 27 companies did not have a single woman board member. As a result, Korea has among the lowest women representations in senior roles, boards, and executive committees both in Asia and in the world.

Gender inequality poses significant challenges to women in Korea because it takes away opportunities from talented women. Given that Korea has scant natural resources and human capital has been the driving engine of its economic development, gender inequality is a serious hurdle Korea needs to overcome for continuing growth. Confucianism has contributed to the gender divide in family and the workplace. The military culture aligned with Confucianism has created a male-dominant organizational culture so that women have difficulties in career success.

Why has Korea’s remarkable economic success failed to translate into women’s corresponding status? This driving question has led me and my colleagues to conduct research on women leaders in Korea. Our research has explored the lived experience of women leaders in their own voices and identified challenges and opportunities that they face in their career in the challenging workplace where organizational constraints and traditional values coexist. To that end, we have conducted interviews with 122 women leaders and also interviewed 27 male leaders to compare and contrast with female leaders.

We found that Korean women leaders experience difficulties in work-life balance, leadership development, and career success due to a gendered workplace where frequent after-work drinking and informal networking are encouraged for team spirit purposes. We also found differences in participants’ narratives by position (team leaders and executives) and marital status (married and singles) concerning support, challenges, and leadership and by gender in defining career success. The study findings also revealed that the gender divide manifested in women’s roles in the home as opposed to men’s roles at work is unconsciously translated to the gendered workplace where men take up leadership roles and women occupy supporting roles.

In recent research on the token status of women leaders, we reanalyzed women leaders’ narratives that were collected in the previous research using tokenism theory. The study findings revealed that women leaders as tokens assimilated to meet men’s expectations but also managed to resist in their own ways. Women leaders’ efforts toward assimilation and resistance in the challenging workplace are uniquely Korean phenomena, which has not been captured in research on Western contexts. Our attention to women leaders’ resistance through rejecting dominant norms and practice (e.g., limiting dinner with drinking to 9 pm), creating new norms (e.g., encouraging parental leaves), and going their own ways (e.g., positioning women in uncharted fields) is in line with the need of “positively toned studies” that explore contexts in which the status of women is improving so as to provide signs of hope for the future. 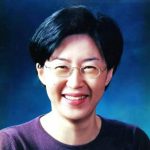