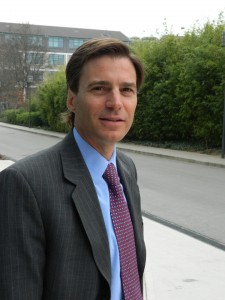 Diego Gaspari is one of the male participants (20% were men) who took part in the latest seminar for the EVE Program in December 2012. We wanted to ask him about his take on this experience.

But before that, we asked this International Human Resources Director to tell us what the promotion of female leadership represents for a large group like Crédit Agricole and how this commitment fits into the group’s international development strategy.

Here is the interview.

EVE Programme : Hello Diego, you are the International Human Resources Director for the Crédit Agricole.  What does this role involve ?

Diego Gaspari : I am in charge of Human Resources for the retail banking affiliates of Crédit Agricole SA in around ten countries.

My role is to promote the careers of our bank directors in Southern Europe, Central Europe and North Africa, this means wherever the Group has driven an important external growth strategy over the last few years. As such, my role is to implement the main priorities for Group HR policies in all these affiliates.

EVE Programme : What are the main focuses for this HR policy ?

Diego Gaspari : In our view, managerial performance is a major lever for the performance of our banks. Among the actions that we have carried out to reinforce this, female leadership is one of our priorities, but this does not have the same meaning everywhere, or at least we cannot apply the same approach everywhere. In Central Europe, half of our managerial teams are women; obviously, for various reasons, we do not have the same distribution in Egypt or Morocco, but nor do we in France or Italy.

However, it remains an objective for us, whatever the country. It’s important to know how to be subtle and take cultural realities into account, in order to make a success of diversity and female leadership.

EVE Programme :  Can you tell us about Crédit Agricole’s experience in terms of female leadership in Italy ? 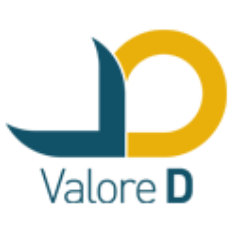 Diego Gaspari : Yes, the Italian example is interesting because we are committed to a program related to the EVE Program: Valore D. It’s also an intercompany program which draws on the same subjects as EVE (reduction of professional inequality, balancing private/professional life, well-being at work), and brings similar tools into play (a forum, coaching, leadership training) and just like EVE has its blog, and has its own media form focused on female leadership, Magazine Valore D.

I can see signs that a large network of European companies which have decided to share new management practices to help promote the development of women’s careers could well be burgeoning.

EVE Programme : This year you took part in the EVE Program seminar yourself.  What did you learn from it ? 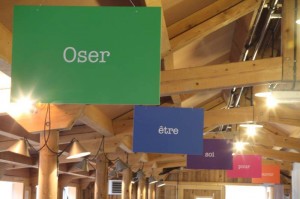 Diego Gaspari : I found this seminar extraordinary. I say that because the speakers were of very high quality, in both plenary sessions and workshops, in terms of the pace and atmosphere.

But more importantly I also say that because it was the very first time that I had participated in a development seminar which puts clear focus on “being” and not on “doing”.

This makes the distinction between EVE and other initiatives which could appear to be similar from a distance. Because when you decide to reach out to the “being” part of people at work, you can go so much further. If you are “doing”, it’s good, but it is only for a short time, right there in the moment. When you return from the seminar, you endeavor to apply the basic techniques before eventually going back to old habits. And then later the basic techniques and methods go out of fashion.

The deep-seated “being” of individuals is at the heart of something much more sustainable and much more powerful. That is also what helps to articulate the intellectual, physical, spiritual and emotional dimensions of each person. Yes, there is definitely a real lever for transformation right there.

EVE Programme :  In your view, what are the main transformation levers for organizations ?

Diego Gaspari : A powerful level, and one on which EVE acts intensely, is responsibilization.  Each person is asked to define what they can change, about themselves and inside the organization itself, depending on their capabilities, role and strengths.

At EVE, we don’t say “you have to do it”, but “be yourself and the rest will follow”.

EVE Programme :  Which speakers in the seminar impressed you the most ? 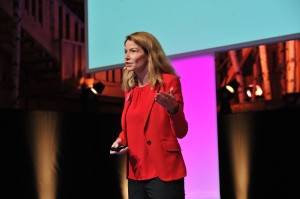 Diego Gaspari : I really enjoyed the opening conference with Joanna Barsh, from McKinsey. I found her “central leadership” concept was able to set the tone for the seminar and put all the issues raised over the three days intelligently into perspective.

I was also lucky enough to take part in Valérie Rocoplan’s workshop on “politics” in companies. First of all, I found it wonderful that we could tackle such a delicate subject that is also taboo, during a management seminar. It’s truly unique. Above all, I believe therein lies the future of our businesses, because it calls into question cultures, values and personalities. Finally, it is an issue that is key to female leadership, because there is nowhere to hide, the focus is clearly on the limits that many women, but not only women, put on themselves in the expression of their ambition. “Being political” to succeed often has very negative connotations for these women.  Having to go through that to have their talents recognized creates violent conflict inside them, because they feel it will lead to forced situations that do not match their authenticity, their sincerity. So it’s vital that this subject should be tackled in order to move forward. This is one of the key stages that need to be overcome in order to make a success of female leadership.

EVE Programme :  The EVE seminar is open to men and you are the proof that those who attend are delighted with the experience. What would you say to a colleague who isn’t sure about going, who thinks that it’s really more “for women” ? 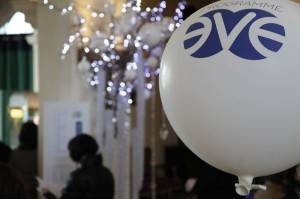 Diego Gaspari : I’m so pleased that you asked me that question, because I have sometimes heard people saying “Ah! Yes, men go to EVE to pick up beautiful women…” Or “those are not real men”. This childish preconception, which is not completely devoid of prejudice, is wiped completely from the minds of men in companies who are committed to the Program.

I think this seminar has to show even more clearly than it already does, that female leadership goes beyond the question of professional equality and the promotion of women’s careers. It is a real opportunity which in fact is available for everyone, men and women, to innovate, transform, and enter into a real era of change. Men have everything to gain by grasping the issue of female leadership, because it is basically and above all a question of leadership.

Interview by Marie Donzel, with the help of Barbara Bod

Dare to Lead Like a Girl by Dalia Feldheim