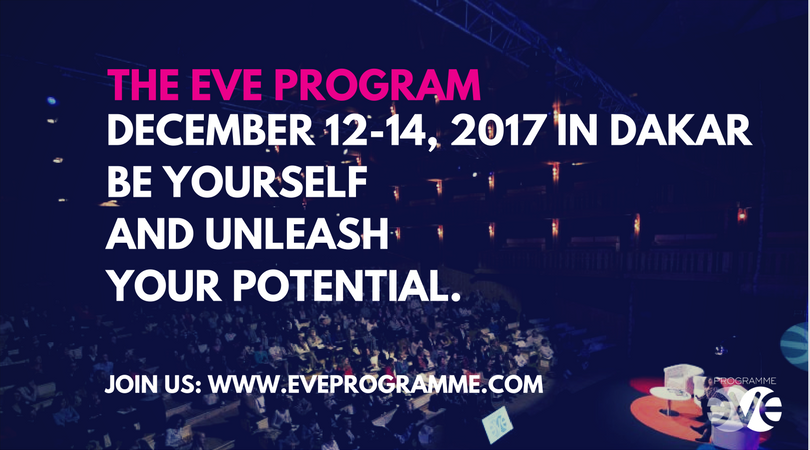 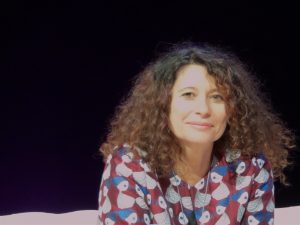 3 questions to Anne Thevenet-Abitbol, Editorial and Art Director of the EVE Program, about the launching of the first edition of the EVE Program in Africa, that will take place in Dakar (Senegal), from December 12th to 14th 2017.

1/ Following its success in the Asia-Pacific zone, EVE has now arrived in Africa. Why did you choose this continent? 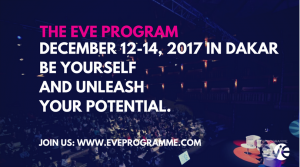 After we launched the first regional edition of the EVE Program in Asia in 2014, we wanted to expand to other continents. We considered America and Africa, but the enthusiasm we encountered for an African edition, both from our partners’ local teams and from the African women who had already participated in the EVE Program’s international seminar, soon made the decision a natural one.

This has been our first contact with the African mindset, with its inherent enthusiasm, drive and energy. We soon realized that the EVE Program and Africa share the same urge to take charge of our own destiny! Or in other words, to use a well-known maxim that is the very inspiration for our Program: Be the change you want to see in the world.

2/ How do you tailor the Program as it takes on an international identity? How do the specific issues of each region fit into EVE’s universal motto “Be yourself and unleash your potential”? 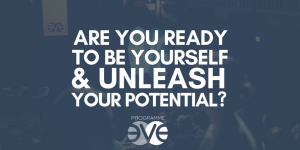 When we launched EVE Asia-Pacific in 2014, we found that the glass ceiling problem was experienced everywhere, and that our way of responding to it applied to everyone.

Whatever the situation, whatever the country, the glass ceiling is such an established concept that it exists both within our organizations and inside our heads. If we are to break through the glass ceiling, we need to bring about change ourselves, we need to put the values we treasure most into practice, listen to our own needs, and know how to express them.

We could have limited ourselves to the international edition but we think it’s important to include those who aren’t able to make it to Evian. The Program is structured in the same way: plenary sessions and workshops that focus on three times: myself (identifying strengths, weaknesses, dreams and needs), myself and others (how to sell ideas, negotiate, manage), myself and the world (listening to people who will inspire you to go beyond your own ideas of what you are capable of). We have tried to find local speakers who can share insight into each of these themes.

“Be yourself and unleash your potential”, which has been our motto from the beginning, encourages people to take a powerful position that strengthens individuals and brings us together to perform better as a group, whether we’re in Europe, America or Asia – and we hope – in Africa as well.

With regards to our motto, we realized that in Asia the term “dare” was not the most relevant in a cultural context that is sometimes very hierarchical, so we translated it as “Be yourself and unleash your potential”. On the other hand, in Africa, the term “dare” isn’t be a problem, it may even appear slightly weak, given the vitality of African women, who are very comfortable expressing their thoughts. However, even though there is no shortage of strong women in a personal context, once they join professional organizations, they are still faced with the same problems as other women.

3/ Now that the Program is more international, has this had an impact on the original international seminar that has been held in Evian for the last eight years? 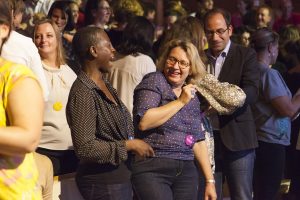 Unlike the OCTAVE Program which evolves all the time because it wants to have its finger on the pulse of our changing world, the EVE Program is based on intangible ideas which are related to personal development. It actually evolves very little, and there are a number of speakers who have been with us since the beginning. However, when a Program works so well we need to make sure we stay alert and the cultural differences we encounter when interacting on an international level certainly mean that we are constantly testing and learning how we approach the issues. 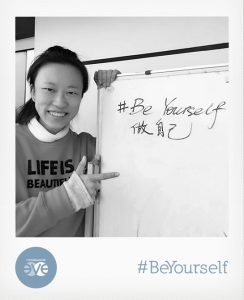 It’s also an opportunity to send our talented speakers from one continent to another. We have “brought” Juliann Liu from Asia to Europe for her Tai Chi and Empathy sessions, and Rachael Robertson, who is a natural storyteller, has travelled around the world to speak about her experience of leadership in extreme conditions as director of the Australian expedition to Davis Station in Antarctica.