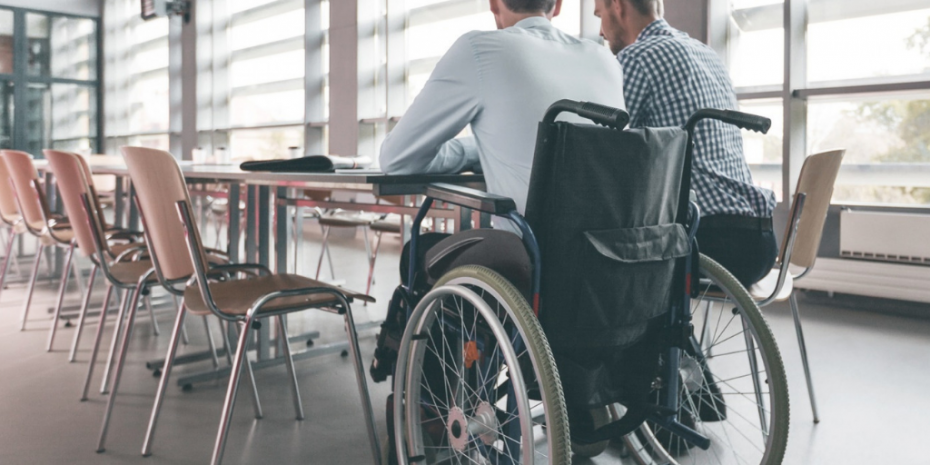 For many years, diversity policies held “minorities” to the same standards as the majority to make them feel accepted and “assimilated”. Then the approach evolved towards valuing those who fell outside established norms, seeing their differences as factors to improve performance… but in moving from an under-appreciation of those who couldn’t conform to over-valuing their contribution, are we really on the road to inclusion?

The concept of “ableism”, coined to think about the condition of people with disabilities and how they are perceived by society, sheds some light on the ambiguities about the relationships between those who conform to norms and those who don’t.

Disablism, anapirophobia, anapirism or disability discrimination are all synonyms for ableism. The concept derives from the study of disability, an academic trend that goes against the ideas of the rehabilitation sciences which had prevailed until its invention. Rehabilitation sciences place disability in the medical sphere, and claim that individuals are responsible for adapting to their social environments, while disability studies focus on the socio-cultural barriers that limit inclusion.

The semantic shift from “handicapped” to “a person with disabilities” in the 1980s is a good illustration of this approach: disability is no longer the only thing that defines a person, but rather is the consequence of that person’s interaction with his or her surroundings.

As such, the stereotyped, normative environment that has been self-legitimized by the majority, tends to treat “minorities” as outsiders, whose position in the ecosystem is of lesser value. The CLHEE (Collectif Lutte et Handicaps pour l’Égalité et l’Émancipation – an organization that fights for equality and emancipation for people with disabilities) gives the following definition in its manifesto: “Ableism is when a able-bodied person believes that their lack of disability and/or good health gives them a more enviable or even superior position to that of a person with disabilities”.

What we can learn about “difference”

Ableism is based on the idea that people with disabilities (whether they are visible or invisible, but also by extension those who don’t have “enough” physical strength, the “right” appearance the “right” grades, the “right” age, the “right” sexual orientation, or even the “right” gender) must be “repaired”, “re-educated”, in short, “transformed” to fit better with the norm, or must at least make an effort not to intrude on the established order with the markers of what makes them “different”.

Ableist acts are sometimes directly hostile, associating “difference” with idiocy, ugliness, lack of courage, the weakness of a victim, and so on. But it isn’t always malicious, and can even be motivated by good intentions (you know, the ones that pave the road to hell!), ranging from condescending compassion to the over-valorization of “exceptions”, proclaiming the wonderful resilience and resourcefulness of a person who has overcome trauma to become a fighter, a child born into poverty who has found a way to become a dazzlingly successful self-made-(wo)man!

Taking a look at the work of  sociologist Norbert Elias we can understand how exclusion mechanisms operate, and most of all how they are accepted by everyone, even those who find themselves excluded. Elias points out:

Those who are stigmatized have no choice but to develop adaptive behavioral strategies: either by proving that “you can do it when you really try”, or by proving that those who think they are incapable are right, and rejoicing in the QED when they fail to “integrate” (as in the queen bee syndrome or the glass cliff).

Successful inclusion: everyone can be themselves and contribute to society

So the only viable solution is to overhaul mindsets by using the ideas put forward in disability studies, changing how we view the norm and those who fall outside of it. We need to stop projecting that anything but the norm is undesirable. We need to stop striving to make people with disabilities able, or pseudo-able, to stop uprooting immigrants from their culture(s) to make them “good citizens”, stop trying to train women in the male-centric norms of the professional world or, more generally, a social environment that has made “virility” an ideal (especially because as the philosopher Olivia Gazalé points out, the ideology of virility does nobody any good, women or men!).

So how can we change people’s mindsets?

We always need to keep in mind that society doesn’t open the same doors to everyone in the same way. So, yes, when a person has no disabilities, isn’t a woman, or isn’t racialized, they have a better social position. But it’s not just about individual merits, it’s also caused by discriminatory systems that have closed doors in the faces of some people, and/or wreaked havoc on their path to success.

It’s lovely to take a visually-impaired person’s arm to help them cross the road, but maybe that person is more independent than you might think. And actually may not necessarily want to be touched without being asked. It’s very nice to imagine that the “priorities” of a new mom at work might have changed, and that it’s not the right time to set her a professional challenge. But she perhaps she’s grown-up enough to know what she wants. Open up the channels of communication with people, and suggest that they tell you what they need. Now there’s an idea! Don’t impose your outsider’s view of their situation.

Those who start out in life with a disability and are able to overcome it or even turn it into a source of strength are legitimately admirable. But treating them as outstanding “exceptions” is to make them into “super monsters”, which isn’t easy to cope with in the long run. And it could also denigrate those who don’t manage quite as well to “get by” with their disabilities. Yes, those who are met with discrimination also have the right to moan, to lose courage, to sometimes be unpleasant or even incompetent. Because all of that happens regularly with those who meet social standards as well.

It is tempting to disqualify all the rhetoric in the fight against discrimination by calling it “political correctness gone mad”. A plague against freedom of speech… And yet, a 2014 American study shows that, far from curbing the creative spirit, being mindful of discrimination when producing messages actually stimulates new ideas!