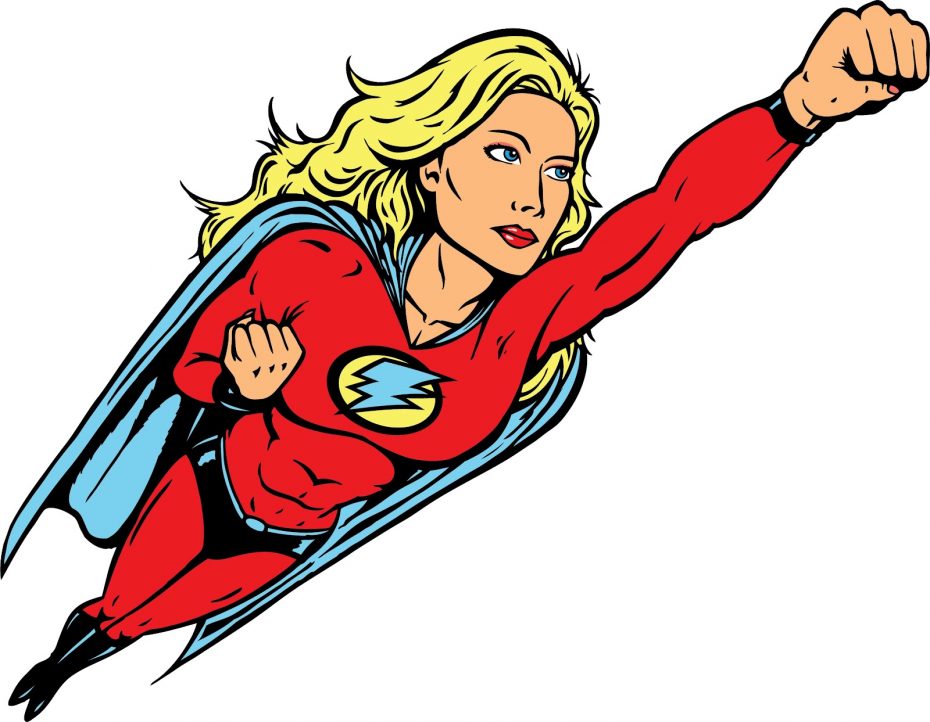 “She has a great job, her teams think she’s fantastic, her children are well-behaved, she’s so perfectly put-together, and on top of that, she’s a brilliant friend. Her relationship is in great shape … and oh yes, to top it all off, she never looks tired. She’s superwoman!” These are the heroines of our modern times … and they can trigger more than a little anxiety in “normal” women…

A closer look at the “perfect woman”, or the perfectionist woman?

Double shifts and a guilt complex

The “superwoman complex” dates back to an article penned by American editorialist Judith Serrin, published in 1976. “A new female malady” she says, “is spreading as more and more women are going out to work.” Symptom: the double day. Parasitic agent: a feeling of guilt. Prognosis: certain exhaustion. Sequelae: loss of self-confidence. The diagnosis has come in: the “superwoman complex” prevents women from fully enjoying their professional accomplishments, and the independence that should go with them, because wherever they are, they feel they should be somewhere else, and they’re doing things by half measures.

I’m not good enough, I must do better

A decade after Serrin, Colette Dowling (who coined the notion of the “Cinderella Complex”), took up the idea. The psychoanalyst refers to it in her book Perfect Women: Hidden Fears of Inadequacy And The Drive To Perform (1988). This expert in internal obstacles highlights women’s tendency to aim at perfectionism and the effects it can have on their well-being, personal life and career.

Dowling believes that women have an insatiable narcissistic desire to perfect themselves, both by seeking to enhance their physical appearance and by striving to perform perfectly in everything they do.

This narcissistic impulse is driven by the desire to compensate for the social undervaluation of women. In other words, there is a widespread inferiority complex among women, which begins during childhood, when a lack of emphasis is placed on the importance of self-esteem in girls, and is maintained in society by the “differential valence of the sexes”. In other words: being a woman is not good enough, so women are always trying to make themselves better …

But what do Supergirl or Wonder Woman have to do with this issue?

While the writings of Serrin and Dowling strike a chord among many women, there is still one point which needs attention: the association with the “superwomen” figure. Jerry Siegel’s comic book heroines (or William M. Marston’s Wonder Woman) are certainly a far cry from guilt-ridden, overworked mothers. Neither Lois Lane, Luma Lynai, Kristin Wells, Diana Dearden nor Lana Lang has a family home to manage, a to-do-list to wade through or a superman shirt to iron! Their double shift involves being an ordinary human being during the day and saving the world come nightfall.

The superstar of invisible and undervalued work…

But have we not betrayed the superwoman by giving a genius menial multi-tasking chores? And by the same token, are we not limiting her ambitions by presuming that for women, being a superwoman basically means managing the everyday grind to perfection? Indeed, it does take a sense of organization, courage, resilience, patience, and cunning to stay calmly on top of everything, without a word of complaint; and it is fair that we should expect some recognition for accomplishing this huge task, which requires real talent.

But while juggling a packed schedule of difficult and undervalued tasks, when do women have the time to make an active contribution to the world by seeing a major project that will bring progress to humanity to fruition? Who will go down in history and inspire the collective imagination of future generations for having perfectly hung out the laundry while replying with the same dedication and finesse to their boss’s email, a text from the parents (in-law) (who want to know what the plans are for the holidays, and if you’re coming for lunch on Sunday – oh yes, remember to buy a cake), a letter from the bank (to sort out the joint account), and a note from school (the canteen bill needs paying urgently), and so on?

Effects of the superwoman complex on the social projection of women

Not content with consuming women’s time and energy, the persistent myth of the multitasking woman is a powerful source of self-censorship for women who do not allow themselves personal fulfillment if they haven’t achieved all the duties that are required of them in their role as daily household manager.

This fantasy of perfectionism that Dowling identified back in the 1980s is an initiator of unachievable expectations. A generator of veiled discouragement: as I won’t be able to accomplish what I’m aiming for, why not put it off until later, or even give up on it completely, by calling it a dream that never came true?

An instrument of social control… of women… and by women?

To understand whether today’s “superwoman” triggers admiring fascination or aggressive contempt, it should perhaps be considered if, just like “queen bees” or “bossy women”, the “perfect woman” is in fact a portrayal of women, by women, and useful for social control. Is it not a stereotypical embodiment, if not a caricature, of what femininity should be (clean, ethical, elegant), but without going overboard (so as not to be too competitive), that women themselves validate or invalidate without men ever even needing to get involved?

Men too are subject to the social control of masculinity by their own gender. What makes them different, however, is that their myth of the superhero will hunt down and destroy any signs of weakness, which has the effect of pulling them upwards socially, whereas the myth of the superheroine as we interpret it today tends to reduce femininity to trivial matters, while simultaneously taking a suspicious or even critical view of those women who dare to be successful.

Men don’t tolerate anyone who may appear to be dominating them. However, they still attribute masculinity to them. And that’s basically what fraternity means: in no way does it force concessions of indulgence, restraint from criticism or the prohibition of a power struggle in the name of “gender solidarity”. Fraternity is all about acceptance within a group, in spite of the diversity (style, behavior, opinions, etc.) that is inherent to the individuals in that group. It allows each person to express their own individuality.

In other words, real sisterhood is about accepting that women are different from each other. Accepting difference in others means giving yourself the opportunity to accept who you are yourself, with all your complexities, and to be much more lenient with yourself than when you fear you can’t conform to a single vision of femininity.

Marie Donzel, for the EVE webmagazine. Translated into English by Ruth Simpson.