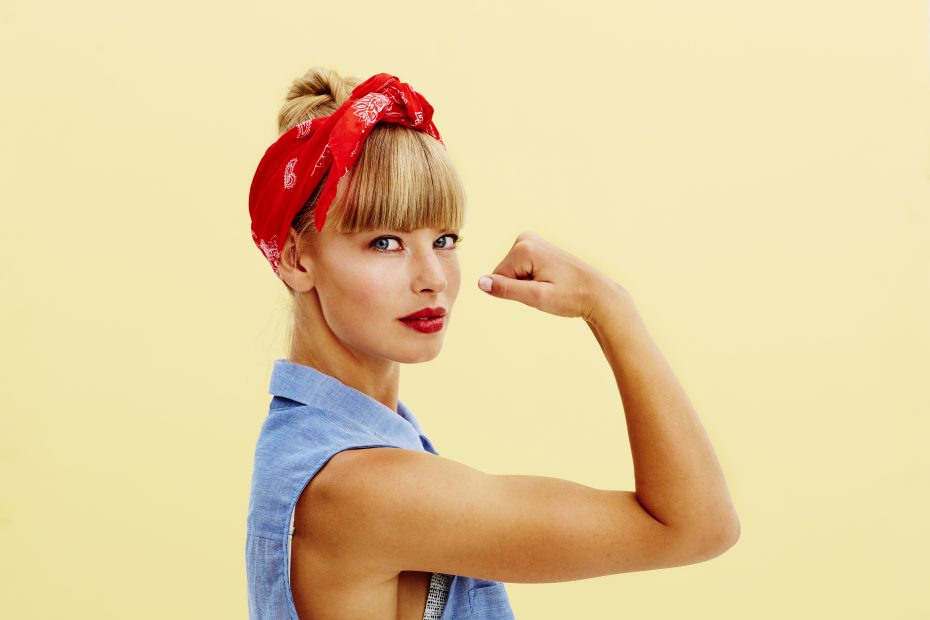 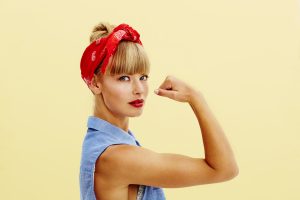 If there is one word that has kept cropping up during discussions about diversity in recent years, it is empowerment. It remains practically untranslatable in any language other than English, but the idea it conveys, placing the word “power” in the central position, refers to older ideas rooted in activist and philosophical movements from around the world, such as liberation, emancipation, independence, mobilization, and participation.

To understand what empowerment really means and what issues and dynamics lie behind a term which is much richer and more complex than one might first think, we take a look at the genealogy, definitions, evolution and critics of this concept.

From power to empowerment: the racial and gender issues that gave rise to the concept

Recognizing oneself and being recognized in an active community 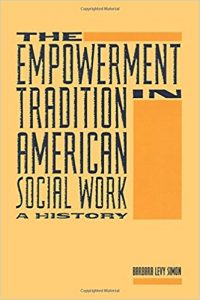 In her book The Empowerment Tradition in American Social Work (1994), social work historian Barbara Simon traces the idea of ​​empowerment back to the 1890s, and the birth of the “first wave” of feminism; and with the huge waves of immigration that followed the end of the American Civil War, the beginnings of what would go on to become the Black Power movement.

Citizens who were excluded from the rest of society began developing ideas about emancipation that combined two statements, which they addressed to society as a whole: 1/ We are a community, and as such, we represent a source of energy that can take action and 2/ We will use this power to gain access to our rights.

Don’t liberate me, I’m doing it for myself 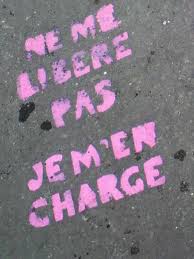 The foundations of empowerment are right there: with strength in numbers and the feeling of belonging to a community, those who are excluded break out from the isolation they have endured; and through their collective action, driven by leaders they have chosen themselves, are determined to take control of their lives without waiting for the powers that be to deign to liberate them however they see fit, according to their methods and agenda.

This vision is summarized in a famous slogan from the 1960-1970’s women’s liberation movement: “Don’t liberate me, I’m doing it for myself!”.

“Liberated consciousness”: back to basics on the philosophy of emancipation

Turning away from voluntary servitude

But how is it possible to break free when the chains are in your mind, and they range from self-fulfilling prophecies to mechanisms that internalize the stigma, as well as all the different types of “voluntary servitude” (as La Boétie had it, the “choice” to obey unfair regulations, or other forms of tyrannical rule)?

Changing yourself to change the world 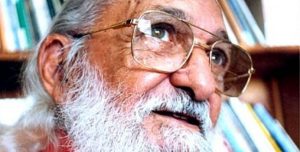 Brazilian educator Paulo Freire, author of the acclaimed Pedagogy of the Oppressed (1968-1974), made this question his life’s work. Advocating the development of the “liberated consciousness”, he made education radical and interactive before its time: “No one teaches another, nor is anyone self-taught. People teach each other, mediated by the world”, he writes. Then later, “A teacher’s goal is not only to teach something to his or her student, but to search together for ways to change the world in which he lives.”

Empowerment is a form of strength that stems from the self and the community, one that allows people to exercise the power to change things that are well beyond their scope. 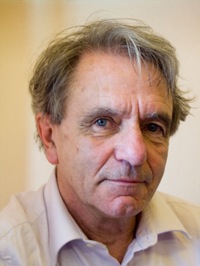 The philosopher Jacques Rancière, who was concerned about equality as well as freedom, goes into more detail about this idea in his thesis on working-class culture, published in 1981. In it, he examines how we pigeonhole the oppressed, seeing them only in terms of the material possessions they lack.

This vision is coherent with critics of the Maslow pyramid of needs, which supposes that self-esteem and personal achievement can only be achieved once all one’s physiological (hunger, thirst, rest, etc.) and safety needs have been met. No one will deny that it is easier to devote time and energy to developing fulfilling social relationships and thinking about the world when your most basic needs have been satisfied. Nevertheless, says Rancière, it is wrong to believe that we can only go about engaging in productive thought if we enjoy certain privileges. In this case, it is a whim of the elite – and more generally of all the groups in dominant positions (whether conscious or unconscious) – to assume the virtual monopoly of how a society and its authorities are viewed, right up to deciding upon how the poor, oppressed and/or dominated should be emancipated.

In other words: as long as the privileged define the situation of those who are less so, establish how they will be liberated, and define the contours of the divide, no real or lasting progress can be accomplished in the field of equality. There is only one other option here: we need to start listening to the voices of those who do not have power, and take them seriously.

Empowerment in the doctrines of development: when “enable” is taken to mean “do it for them”

Empowerment for all those who are vulnerable 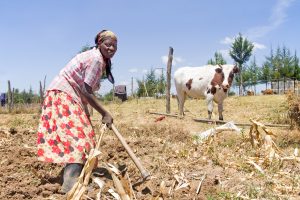 The notion of empowerment, which began with anti-racist and feminist movements, extended to the field of social relations and took on a new connotation in the 1990s. At the International Conference on Population and Development in Cairo in 1994, it was the word on everyone’s lips. It was brought to this UN meeting by women’s rights organizations that addressed the topics of economic uncertainty, insecurity, and the inadequate role of women in peace processes. But it was appropriated over the course of the following years by organizations (NGOs but also the World Bank, IMF, WTO) tasked with fighting inequality in the North/South divide.

Empowerment became the chosen path to economic development : The energy in local communities was channeled through the provision of educational, infrastructural and financial resources for them to become players in their own development, without the crushing debts. The rise of microloans, and other practical solutions that fit this approach, underscored this intention not to do something for someone, but to establish the conditions that suit the context, giving communities the chance to take their destinies into their own hands. 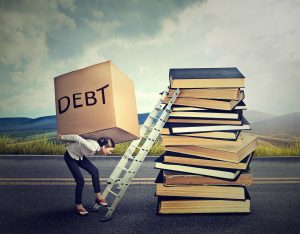 Although this approach to development was widely popular because it seemed to offer an alternative to charity projects, it also went in for some severe criticism. Some saw it as a way for so-called rich countries to rid themselves of the requirement to provide aid on any great scale, and to disregard any responsibility they may bear for the economic delays suffered in other countries.

Microloans in particular were regularly singled out in the mid 2000s, when countless funds were used fraudulently, leading to serious losses for many people. However, for the economist Esther Duflo, it’s important not to throw the baby out with the bath water: she believes that the “empowerment” approach behind the microcredit system is good, provided we do not consider it as the only option. For empowerment to generate results, it needs to fall within a framework of social protection and fair game rules. It’s impossible to develop yourself if the world around you won’t allow it.

From economic development to personal development: Be yourself and unleash your potential

Being true to yourself, and your ecological vision

Empowerment has gone beyond being a source of self-support, via economic development that has basically reduced it to utilitarian pragmatism, but has returned through the idea of personal development. The idea of being yourself has flourished since the beginning of the twenty-first century. This rise is not based on an individualistic approach, but one that could be called ecological. It is more authentic; it involves being more aware of oneself, more liberated in terms of social demands, to maintain better relations with one’s ecosystem.

“Be yourself” the new face of the emancipation of women… And men? 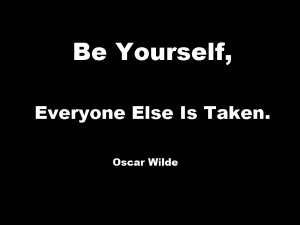 And it is through this path that empowerment returns to its roots that were planted in the battleground for equality between women and men. Because by urging women to “be themselves”, we are striving to remove the obstacles women face when taking on responsibility. This approach, which assumes that both genders offer equal potential, means women refusing watered-down assignments, internalized feelings of guilt and self-censorship. By encouraging them to accept themselves as they are: complex, multi-faceted, diverse, both in terms of character and as a group, our aim is to release their energy so that they can show the world how their abilities can help to change it.

The model produces results, evidenced, for example, by the vitality of the various company networks that have improved the visibility of many women in business, and have increased participation in collective affairs, well beyond gender diversity issues.

The seductive power of this approach also takes the form of a new impetus in the motivation of men who, in turn, are standing up and saying they want to be themselves. More and more of them are expressing their despondency with restrictive masculinity and are keen to express their individual uniqueness.

The glass ceiling is beginning to crack as women gradually rise through the ranks, but it has yet to be broken 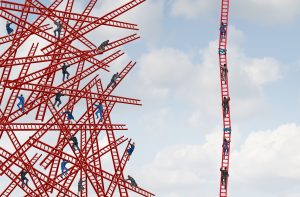 However, the issue of gender equality will not be resolved simply by the empowerment of women. While the glass ceiling is cracking with the increasing power of women who dare to express their ambitions more now than they did in the past, it is still far from breaking completely.

Because various complexes (the imposter syndrome, the good girl syndrome and the Cinderella complex) and the self-censorship of women are not only factors still creating difficulties in getting women to take their rightful role at the table to make decisions that affect and change the world. The inertia in traditional models in terms of doubting legitimacy, competence and performance render ineffective some of the efforts made by women to demonstrate and assert their value. It’s a huge waste of energy that encourages reflection about the combined impetus of women rising to power and businesses entering a phase of maturity. In other words, how, while women are gradually seizing their right to power, organizations need to be more inclusive so that the act of a woman expressing an aspiration becomes as natural and as commonplace as possible.

The ambiguities of the disempowerment of men: male anxiety and the pathway to future shared responsibility 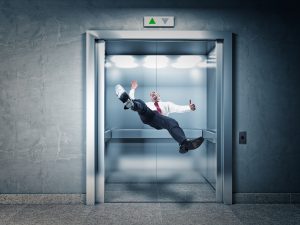 From this standpoint and in light of some new thinking on empowerment, a concept has emerged in recent years: disempowerment. Dampening the spirits of an enthusiastic approach to diversity which would benefit everyone without anyone sacrificing anything, this notion also includes both the status anxiety experienced by men who are challenged with women’s empowerment (and with all the aggressiveness and frustration that goes with it, points out the American essay writer Hannah Rosin, which is evidenced by the rhetoric used by male power movements) and a new demand from certain movements supporting equality (some initiated by masculine groups such as ZeroMacho in France), which invite men to stop accumulating and increasing their power and start allowing women to take their place among them.

Seen as Malthusian and sacrificial by some and honest and immediately effective by others, this pooled approach to power sharing and taking action for oneself and for the collective has the merit of shining a light on thought, discussion and action for equality, which are issues that really do affect us all.

Marie Donzel, for the EVE webmagazine.